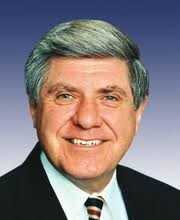 Not too long ago, I wrote about contacting our elected representatives about ammending the US Constitution and I promised to let you know the response I got.

I wrote both or our US senators, our 3rd district congressman, our local state senator, and our Nebraska attorney general. So far I've gotten the following response:

Our state Attorney General Jon Bruning responded by passing the buck to the feds.

Thank you for contacting me with your questions regarding the calling of a constitutional convention under Article V of the Constitution of the United States. I appreciated hearing from you on this issue.

As you know, the constitutional convention method for amending the U.S. Constitution has never been tried; and as such, there are many questions surrounding its operation and possible outcomes. Despite having never been held, state legislatures have at times used this option as a means to compel the United States Congress into action on a certain proposed amendment. One particular instance involved the eventual Thirteenth Amendment, to allow for the direct election of U.S. Senators. State legislatures began passing resolutions calling for a convention; and with only one more state required to force the convention, the Senate finally took up the measure in coordination with the House of Representatives.

Regarding your specific question, I would encourage any Nebraskan interested in having a constitutional convention occur to communicate his/her wish to members of the Nebraska Legislature. If, however, you are seeking to have a specific amendment added to our Constitution, I am more than happy to keep your thoughts in mind should a convention not be made possible by the various state legislatures.

Thank you again for contacting me. The legislative process will only work with the input of concerned citizens such as yourself, and I encourage you to continue sharing your thoughts and ideas.

I'd like to take a moment to thank Senator Nelson for responding. I sure don't have a clue why Nebraska AG Bruning referred me to our federal elected officials since the state legislature would be requred to initiate the action, but perhaps he didn't understand my question.