An Exercise In Futility 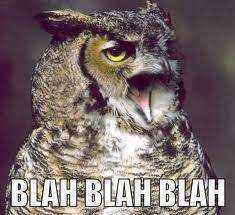 I like to stir up the pot now and then by riling up our elected officials and surprisingly, I've had marginal success in getting their attention. I accused our Federal elected representatives of being political cluckers... http://www.mccookgazette.com/blogs/hoag/entry/35810
and the response I got...
http://www.mccookgazette.com/blogs/hoag/entry/36032

What brings the above to mind is that I'm off on another quest for information from our elected officials. The US Constitution provides two ways for amendments to be proposed, and one way has never been tried. I want to know how the people of the state of Nebraska can compel the state legislature to to request a Constitutional Convention?

Thank you for taking the time to contact our office.

We appreciate your interest and concern in contacting our office, and hope the information provided is helpful.

OK... so the head law guy in Nebraska can't tell me how citizens of the state compel the state legislature to do something that is in the US Constitution, so I've now written the same three guys that our Attorney General referred me to that I originally called political cluckers requesting how we Nebraska citizens/taxpayers/voters can compel our elected officials to call for a constitutional convention?

I'll let you know the response or lack thereof.

A reference about amending the Constitution... http://www.archives.gov/federal-register/constitution/