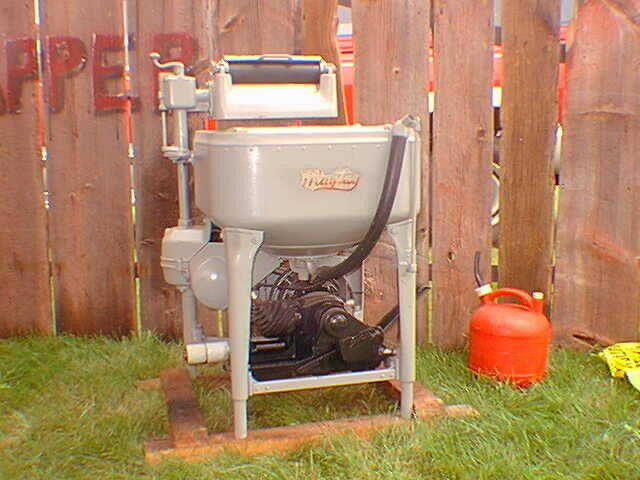 I bet these beauties kept the Maytag repairman busy!

Margie always wanted to to be an archaeologist. The thought of digging through Egyptian pyramids or Greek ruins sounded pretty good to her for some reason. Now I've never understood the desire to dig through really old stuff unless it's my stuff and I'm trying to find something specific... which usually turns up nothing by the way, but some folks even go to college to learn all about finding really old stuff that used to belong to somebody else, so I guess it's not really all that unusual.

What brings this to mind is our current project around the farm(stead)... a down to the floor joist renovation of the bathroom.

Our house was built before rural electrification but we understand it was quite the innovative place in it's early life. Previous owners had a cistern in the attic fed by a wind powered pump so it possibly was the first rural home with "running water" in Furnas county. Unfortunately, some of that running water ended up on the old oak flooring under a couple other layers of old flooring. Well, most of us know that water and wood don't go together real well, and some of the old floor needed replacing... all the way down to the floor joists.

Along with the floor removal was wall removal. Wall paper was really popular in the old days I've discovered. Once I got through the wall paper, I found another layer of Masonite that had been glued over the old lathe and plaster walls. Ripping the Masonite off uncovered still more wall paper, a previously hidden doorway and the remains of what I'm sure was a small closet.

Well, to shorten the story some, we're removing the door that used to go into the bathroom yet again and moving it to another wall which has yet to be built, but in the meantime, I've cut another new 4 foot passageway into the old bathroom space to increase the size and change access.

One of our neighbors stopped by yesterday for a visit that has lived within a mile or so of this house for 70 years, and he remembered that there had been a gas powered washing machine on the porch area that has been enclosed and turned into the house bathroom over the years.

Wow... a gas washing machine. I'd never heard of one though I suppose they may have been quite common in the "olden" days. I thought I was old enough to remember stuff like that, but somehow missed a major labor saving device of the 1920's... how quickly some "innovations" fade away.

So just in case you've never seen a gas powered washing machine in action, here are two offerings. Those of you doing your laundry this weekend will have a hard time not thinking about these early day "modern marvels". Kinda makes archeology sound more interesting to me somehow, and I wonder if I'll ever dig up the old machine around the farm someday...