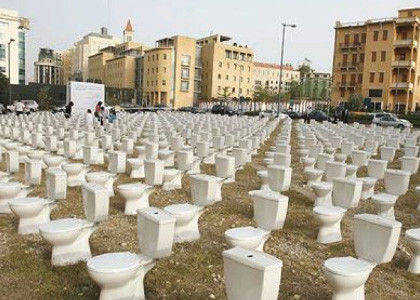 Long time readers will recall that The City Slickers bought the place that was at one time owned by the Murphys's. That's right, the Murphy of Murphy's Law. You know...the "What can go wrong, will go wrong" guy. Well, though we thought we bought the place, Murphy still lives here somewhere.

For those just catching up, Margie and I bought an old farmstead that had a pretty decent house that wanted our TLC, and some pretty neglected grounds that needed our TLC. Even after 3 nearly three years here, were still in the middle of renovating the house. You see, I work slow....

Anyhow, our current project started a week ago yesterday. We're adding a bathroom where none had been in one section of the house, and as soon as the new bathroom is done, the original bathroom (that currently has no pipes to it anyway) will be gutted and moved some. Big doins'! I can do everything on this project except plumbing so...

So the plumbers show up and Murphy gets in the way the first day aplenty. Plumbers back on Friday and Murphy does everything he can to slow the process to the point that we have one comode and two sinks in the house working for the weekend and no tub or shower. Did I mention the aroma? No? Enough said!

Monday and a gang of three plumbers arrive to beat the snot out of Murphy. It worked just fine while they were here, but as soon as I got back to work doing the finish work in the new bathroom... a bloodied up Murphy got right back in my way.

So a simple project that should have taken 1/2 day ended up taking a day and 1/2. The next part of the project found Murphy at work breaking things as I'd touch them requiring the loss of another full day of projecting to either repair or engineer a replacement... and I'm still not done.

So what brings the above to mind beyond the obvious desire to share my frustration with you?

Have a great weekend everyone!