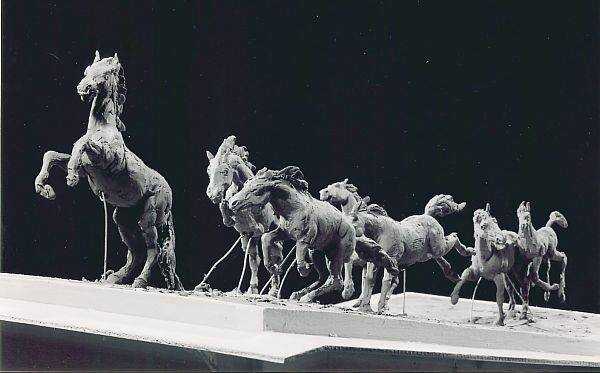 Long time readers of The City Slickers recall that I'm rather fond of the National Football League Denver Broncos. Heck, even my mail box has a Bronco sign on it, so you might expect me to be rather down in the dumps today since my favorite pro team got beat yesterday. Well, I'm, disappointed by the loss, but I think the team had chances to win and just didn't get 'er done. Me thinks they will be better moving forward, but this blog isn't about the Denver Bronco football team's defeat yesterday.

We were in Colorado Territory as my in-laws had a 55 year anniversary as well as a milestone father-in-law birthday celebration all wrapped into one this past weekend. While in Denver, I decided to take a trip to Invesco Field (Home of the Denver Bronco's) to the "Team Store" that sells only Bronco stuff to get a new Broncos hat. As often as I've watched the Broncos, and even being a season ticket holder at the old Mile High Stadium for years, I'd never been to Invesco Field.

I'm glad I wanted a new hat! We parked near the south entrance to the stadium and started our walk towards the store entrance and then I noticed them for the first time... "The Broncos". The seven horse sculpture is one of the most impressive sculpture works I've been around personally. Now I admit that I'm no art critic, have no art training, and have almost no exposure to sculpture work other than what you find in public places, but "The Broncos" is worth the trip into the stadium parking lot to see it.

The horses are one and a half times normal size, and depict seven horses running up a mountain. There is running water that I understand is heated in winter that creates steam to add to the realism. It is impressive to see, and virtually impossible to capture in a picture that does it justice.

The plaque at the top of the work says... "The Broncos," a gift to the people of Colorado from Mr. Pat Bowlen and the Bowlen family. I don't suppose the number of horses in the sculpture has anything at all to do with the most famous Bronco of all, John Elway, but Bowlen spent some big bucks I'm sure to get Italian sculptors Sergio Benvenuti -- Ferdinando Marinelli to create this impressive monument. For more... http://football.ballparks.com/NFL/DenverBroncos/newindex.htm

So today I'll say "thanks" to Pat Bowlen and his family from a current Nebraskan. I sure enjoyed seeing your gift to the people of Colorado, I hope they enjoy it just as much as I did. Oh yeah... your hats are overpriced too.