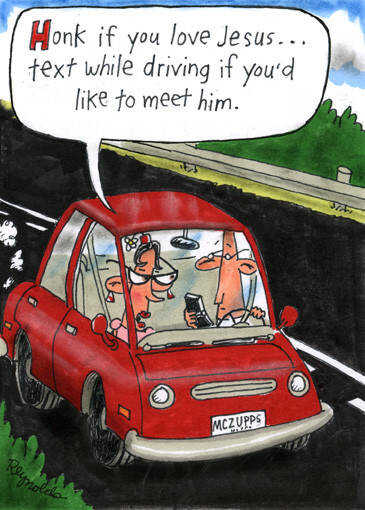 City Drivers Know About This!

We've been in the Puget Sound area for nearly a month getting back to town just yesterday. It was not a pleasure trip by any measure as my mother was hospitalized, and the Pacific northwest is not my favorite area anyway. The weather is awful 9 out of 10 days, and the "good" days were only good because it didn't rain.

Part of our time there found me searching the radio stations for something worth listening to. My mom's area is close to the Canadian border so radio reception is often better from Canada than from Seattle. Well, as I was hitting the "seek" button on the radio, I came across Radio 730 - Vancouver.

Radio 730 is a traffic radio station for the Vancouver British Columbia Canada area. Traffic all the time - 7/24 365 days a year nothing but traffic. Now in Vancouver, traffic reports include cone zones, ferry departure and arrival issues, border crossing times, and a ton of ads between reports. Amazing to me that their traffic is so heavy they actually need a full time traffic report station, but then I havn't been to Vancouver in a couple years either.

I was also amazed that enough business would pay the cost to advertise on a station that I imagine most listeners only listen to a few minutes a day at most. Maybe it's because their advertising rates are low because there sure are a lot of ad spots.

What brings this to mind is that today is the anniversary of the invention of the traffic light. The invention that makes rush hour even worse to some drivers, but obviously makes sense to most of us current and former city slickers. Just two years ago, Margie and I were starting our countdown to completing the purchase of the farm(stead) knowing full well we were about to abandon the world of the traffic light for the most part. We have not been disappointed!