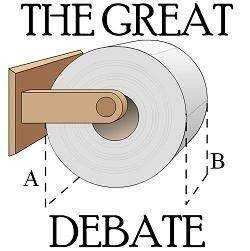 Have you ever looked at a spotters guide? Maybe you've never heard of one, or wonder what they really are? Spotters guides are available for lots of things. There are storm spotters guides that show pictures of cloud formations to help the observer determine level of danger for example. There are train spotters guides that show different railroad equipment, locomotives, and cars as some people are really into trains. There are Jeep spotters guides for those that want to know the subtle differences of vehicles manufactured under the greatest name in 4 wheel drive (my opinion). The same is true about aircraft, plants, and animals, though the last two mentioned are usually included in what is commonly called a "field guide".

With the intense political debates going on, I offer the following BS spotters guide. I'll preface by saying I've cherry picked terms and information in an effort to get you to investigate for yourself, and hope you will keep them in mind with any debate...

Ad hominem abusive - This tactic is frequently employed as a propaganda tool among people who are attempting to influence voters in their favor through an appeal to emotion rather than by logical means, especially when their own position is logically weaker than their opponent's.

Fundamental attribution error - Cognitive tendency to predominantly over-value dispositional, or personality-based, explanations. You can think of personality made endorsements as an example.

Genetic fallacy (not what you may be thinking) - May help illuminate the reasons why the issue has assumed its present form, but is irrelevant to its merits.

Guilt by association - Attacks a source because of the similarity between the views of someone making an argument and other proponents of the argument.

Hasty generalization - Often used by basing a broad conclusion upon the statistics of a survey of a small group that fails to sufficiently represent the whole population.

Inverse ad hominem - Praises a source in order to add support for that source's argument or claim.

Slippery slope - Argument states that a relatively small first step inevitably leads to a chain of related events culminating in some significant impact, much like an object given a small push over the edge of a slope sliding all the way to the bottom. The fallacious sense of "slippery slope" is often used synonymously with continuum fallacy, in that it ignores the possibility of middle ground and assumes a discrete transition from category A to category B.

tu quoque - "You too" - Claim that the source making the argument has spoken or acted in a way inconsistent with the argument. "x" did it, so it's OK for the "y" to do the same. It seems reasonable, but does that make it right?

There's a lot more out there to consider when listening to or reading information, but being aware of the tools used to influence us is a good start at getting to the real truths that are almost always buried somewhere below the surface of the rhetoric. I forgot to mention the above terms were found on wikipedia.com