The Economy Of Trade 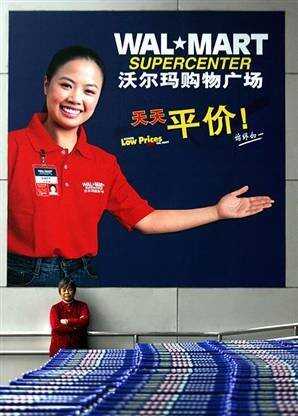 A news piece today caught my eye about tariffs and the tire industry. The President signed an order that rasies tariffs over three years on Chinese tires -- by 35 percent in the first year, 30 percent in the second and 25 percent in the third. The reason? According to the United Steel Workers, Chinese tires have cost the US 5000 manufacturing jobs. http://news.yahoo.com/s/ap/20090914/ap_on_bi_ge/as_china_us_trade

Now I'm not an economist, though I play one around the farm(stead) now and then, but that big increase in tariff rate over a 3 year period sounds pretty steep. The way the world seems to be evolving economically, world trade is the wave of the future, so we have to compete or get off the pot. Why does China have such an advantage? We've all heard about sweat shop, child labor, and environmental nightmares in China, but that doesn't stop the imports from coming in and being sold here. This is no rap against Walmart, the American consumer is my target today.

We as consumers in the largest economy in the world have become so cost concious trying to get more stuff for lack of a better term, that we'll buy whatever is cheapest. All you have to do is look inside the big super store on the west side of town and look at tags to see where stuff is made. Scary if you ask me. It's no wonder that we have unemployment and a lowering of our formerly high standard of living.

Now I try and buy "Made In USA" every time I can. It's getting tougher and tougher. American businesses have moved a tremendous amount of our manufacturing outside our border to pad their bottom lines. We as consumers seem to like the idea too, since we can get more for less. This plan works just fine, until your job moves off shore, and the only good American consumers left are foreigners buying our foreign made products, and the only thing America gets out of the deal is some corporate profit instead of a healthy good paid work force driving the economy. It's not only manufacturing... even many company "help lines" have moved overseas to help pump up corporate bottom lines by providing low cost service at the expense of a few American jobs.

I suppose that an economy based on making money wouldn't be all bad if everybody was making some of it, but that's not the reality of the situation. We need a wide range of service folks, so I guess minimum wage jobs may increase in availability as we move from manufacturing to a service based economy. Doesn't that sound great?

So how do we compete? Well to start with, as a nation we should buy American made whenever possible and spend a few extra cents or dollars for US made products. Look at those tags carefully. A recent check in the light bulb isle might surprise you... made in USA cheaper than the imported "brand" name? Hearesay I say!

Another example of what you can do... I recently purchased a new pair of boots made in USA mailorder. I liked them so much that I ordered another pair right away. Unfortunatly my new boots, though identical in appearance and the fit seemed the same, were made in China. I sent 'em back with a note saying I only wanted the boots if they were still made in USA... I never heard back... just got my refund. If more folks would buy USA manufactured products, more folks would have a job, we would hurt our competing importers, and all without government intervention.

The next time you get a foreigner on the phone for help line service, demand an American help you. I recently read (I think it was in Betsy's blog) that by law, those companies that moved their help lines overseas must have a line of communication within the USA. I have not been able to verify that for todays blog, but even if not true, it wouldn't hurt to try!

As I said, I only play an economist around the farm and I may be way off base, but somehow I doubt it. Competiton lowers prices usually, but we may have to step outside the box and pay a premium price to save our countries working man and woman. What is your job worth to protect it? Only you can make the final decision, but we as consumers can make a big difference if we want to. Why should we raise everybody else's standard of living while lowering our own?

Check this link out for more information about our imports/exports. It might be a real eye opener for some folks out there. Check out what we export primarily compared to what comes in...