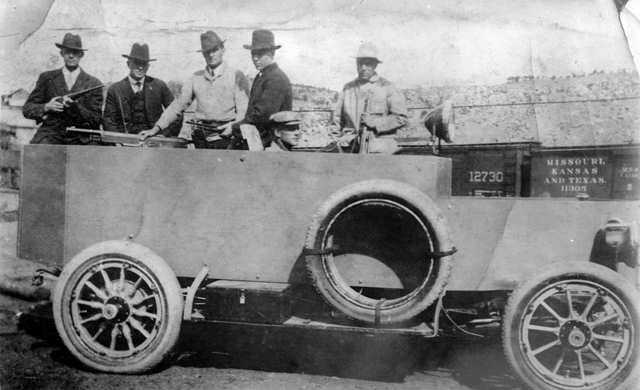 It's Labor Day weekend. In reality, it's little more to most folks than a three day weekend and the traditional end of summer, but the reason for the holiday should be remembered. Labor Day has been a Federal holiday since 1884 when President Grover Cleveland made it so.

It turns out that Cleveland was in hot water over his involvement in the deadly Pullman Strike of 1883-84. The Pullman strike was huge! 225,000 American Railway Union (ARU) workers in 27 states became involved in what started out as a wildcat (unauthorized) strike by workers of the Pullman Palace Car Company.

Many readers here are likely familiar with the Pullman name. Pullman made railroad cars, and is especially remembered for it's luxury sleeping cars that bore it's name into the 1980's. Just as a note of interest, the son of Abe Lincoln became head of Pullman in it's history, but I digress.

Pullman was quite the business man. His factory was within walking distance of his town of the same name. Pullman owned everything in town, including the churches and actually charged pastors rent to preach in them. If you worked for Pullman, you had to live in his town. Pullman also controlled the rents there.

So what do you suppose happend when Pullman lowered wages, increased hours, and didn't reduce his workers rent? Ka-Chow... walkout! Now a single local union shop walkout ordinally wouldn't trigger an all out strike, but a lady named Jennie Curtis made a speech to the ARU begging for total union support... she got it.

To make a rather ugly story shorter, by the time the whole mess was over, the body count was 13 dead and 53 wounded. President Cleveland declared Labor Day after the strike ended, and it is speculated that he did so because his sending US troops to settle a labor dispute caused a national outcry. Cleveland lost the following election, and his labor stance of 1884 is credited as a major reason for his defeat. I find it interesting that Cleveland was elected to a second term 4 years later.

Organized labor has taken a lot of grief over the years. Union busters of all types have been employed to control workers. Innocent women and children have died in these conflicts such as the Ludlow Massacre. This one involved the Rockefellers with the Colorado Fuel & Iron Company. Among the dead were 2 women and 11 children. Turns out the tent city the company had for the miners was set on fire, and the women and children died as a result. This dispute was especially ugly, and haunted Rockefeller for years. The above picture shows what union folks had to deal with.

So this weekend, I hope you will take the time to read a little about some of the biggest labor disputes in US history. Labor disputes have gotten pretty ugly over the years with pretty normal people doing some pretty uncomnon things...

Battle Of The Overpass