There's Something About A Parade! 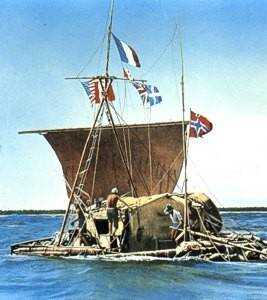 I've been in two parades once in my distant past. What I mean by that is that I was in two parades with the same float. I was stationed at the US Air Force Survival School near Spokane Washington, driving trucks with supplies and heavy equipment used to maintain a training area for military survival students. The base was asked to provide a float for an early summer parade in Spokane, and the town of Ritzville Washington asked us to be in their 4th of July Parade after seeing our entry at Spokane.

Since I was driving the "Official Use Only" truck pulling the flatbed trailer that had our float riding on it, I was expected to wear my uniform, while the folks on the float itself were dressed in costume. You see, our float commemorated northwest USA exploration and we had a giant raft on this 40 foot flatbed, similar what Lewis & Clark might have fashioned once they got to the big rivers heading west to the ocean. The raft really was huge if you think about all the poles necessary to make a raft 45' x 10' with a large "hut" in the center. The guys riding the float were dressed in buckskins and armed with polling staffs. It had a mast for a sail, but that proved to be impractical as the mast was so tall it had to be lowered at each intersection in Spokane and was quickly abandoned. So much for forethought.

The Spokane parade was great with a lot of people watching and many floats, but the Ritzville event was by FAR the most fun! The town of Ritzville has about 1700 or so folks living there, and the whole town turned out. I seemed to be a marked man in uniform as I believe I got to shake just about every person in the towns hand one way or the other. Those folks, like most people around here were very patriotic and appreciative of our military and what they do for us. The whole town had a pot luck and the chow was to say the least... great! Our crew for the event ended up spending the whole day in Ritzville and it's something I'll never forget. I was too young then to really understand the significance of their feelings, but it comes to you sooner or later.

What brings the above to mind is the parade we attended yesterday in Arapahoe. It started off badly enough for me. One of the few things that I've discovered here that makes life difficult for newcomers is that a lot of information is "assumed" to be known by everyone, even if you've never been there before. My most recent example of this is finding the parade route through Arapahoe for starters, and being in the completely wrong place at the wrong time. Fire and EMS crews parked on Vine street waiting for the parade to start... I'm sorry! I didn't know I shouldn't turn on Vine! I didn't mean to be an SA (Stupid A#$), and I promise next time I'll know where to go.

Anyway... I should have paid attention to how big a parade it really was as it went on for close to an hour I believe. It started with two sets of Color Guards followed by a marching band. I always get chills when I see a Color Guard marching down the street, and this was the first time I've seen two. The above mentioned fire and EMS crews and vehicles were next followed by a wide variety of parade participants from motorcycles and tractors, to pot bellied pigs and horseback riders. And to wrap up the perfect parade in downtown Arapahoe, the Gosper/Furnas County Museum was open and we spent another hour or so wandering around the great collection of artifacts on display there.

We wrapped up our day at a barbecue and fireworks display out in the country. One of the amazing things we noticed was that after the initial thrill of the fireworks starting, the kids attending were more interested in catching firefly's than the overhead flashes in the night sky. One of the major topics of conversation? The weather. Not too surprising considering I don't think the thermometer hit 80 at our place which, according to local folks, is very unusual for this time of year. Lows in the 80's are common in early July I hear, so this holiday was exceptional... in more ways than one for us.