Down on the Farm for Memorial Day 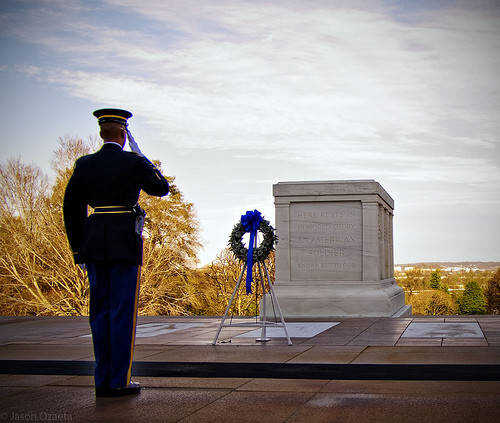 Memorial Day is almost on us, and I think it wise to recall the sacrifice made for so many by so few. We argue about the way things are going in this country, but the blood shed to preserve our country in the past and present will likely be the glue that ultimately holds it together. I'll leave you to whatever feelings you have about this day and the price that has, and is being paid for freedom.

On a different note, I got the following email that adds some interesting information to a blog entry I made last year about rural locations and outward migration. http://www.mccookgazette.com/blogs/hoag/entry/14961/

It seems I'm not the only person thinking rural areas have a lot of promise, but I hadn't considered the international possibilities. So without further adieu...

On Memorial Day, it is difficult to imagine that for every one of the lonely cemeteries that dot our countryside, there once was a church.

Where now there are huge farms of 5,000-15,000 acres, there were once scores of farmsteads, populated with huge families, each one carving out a living off of 160 acres, sometimes less.

Drawn by propaganda that trumpeted the Upper Great Plains as the land flowing with milk and honey, poor immigrants flooded the prairie from 1885-1915. For a brief shining moment, reality matched the hype. From 1910-1918, rising wheat prices meant prosperity on the farm.

During that era, a farmer in the Red River Valley was more likely to own a car and have a telephone than a citizen of Minneapolis. Live birth rates, always a good measure of health, were higher on the prairie than anywhere else in the developed world.

During those early years of the last century, the Red River Valley was the Silicon Valley of its time. The ferocious pioneer energy for private and civic endeavor arose from a sense that the next big thing was right under our nose.

When World War I hit, things got even better, at least economically. President Wilson promised farmers an unheard of $2.00 per bushel of wheat. The Army granted generous deferrals to farm boys to stay home and work. The area's farmyards, only ten years earlier a messy collection of shacks, became grand showplaces with huge square houses that came in on the train from Sears Roebuck in Chicago.

Then, it all collapsed. The war ended, as did the subsidies. Europe planted wheat on its vast battlefields. The market flooded. Wheat prices collapsed. So did land prices. Farmers who had borrowed to buy land during the good times went underwater. In this area, farm foreclosures started in the early 1920s and were old hat by the time the rest of the nation plunged into depression in 1929.

In the 90 years since 1920, farm communities have enjoyed a few bursts of prosperity, interspersed with more common times of crisis and just plain muddling through.

But one thing has never returned: The sense that the future on the prairie is brighter than it is anywhere else in the world.

After 1920, most of the kids who graduated from farm-town high schools sensed that their future was in the suburbs or the city. In fact, after being at the top of the world in 1920, both financially and psychologically, the rural areas of the northern plains have suffered almost ninety years of decline.

Some people in high places believe the tide is about to turn. Rich Karlgaard, publisher of Forbes magazine, spoke in Crookston, MN last week. He is optimistic about the economic future of the heartland.

Why? Well, the coasts of this country have gotten expensive, so expensive that the cost of starting a new company there can be prohibitively high. Even the recent downturn has done little to even things out.

"Heartland towns like Crookston and nearby population hub Grand Forks are relatively cheap places in which to live," says Karlgaard. "An entrepreneur can get started on little capital in Crookston or Grand Forks and keep his or her costs low if the thing takes off."

Big city skeptics argue that our hick prairie towns are hopelessly out of the loop, but Karlgaard points out that with high speed internet, everybody has access to the same information no matter where they live.

During his visit, Karlgaard stayed at the Garden Hilton in Grand Forks. He noticed people from Ireland, Norway and Southeast Asia in the lobby, all there on business.

"An American coast dweller looks at Grand Forks and sees the sticks," Karlgaard said, while an international businessman sees opportunity, a chance to access lucrative American markets without the high cost of locating on the coasts.

Truth be told, Karlgaard grew up in Bismarck, ND before leaving to attend Stanford and eventually becoming the publisher of Forbes. What he calls "the heartland" is still near and dear to his heart.

But he has a point. Times are changing, and for the first time in 90 years, they might be changing in our favor.

Instead of seeing small farm towns as places from which to escape, the world may soon see them as places that have a competitive advantage.

Who knows, in another fifty years the prairie countryside may once again have more people above ground than below.

I wish I could provide you the source of the above information, but I didn't get it with the email. And one final word...

Thanks veterans, those currently in service, those out of service, and those who died in service to our country for the job you have done for freedom.