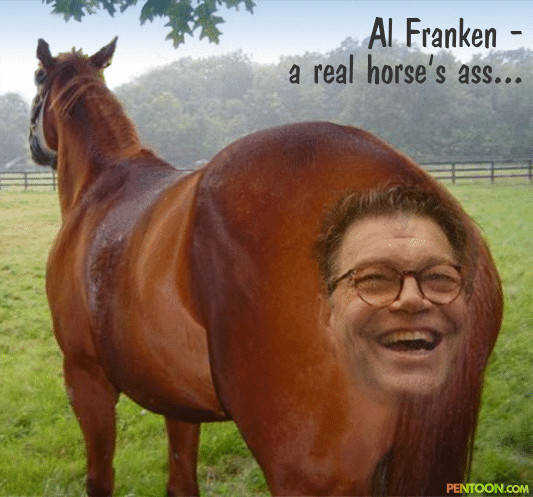 Not the most popular fellow in the land

A piece on Yahoo this morning caught my eye about a former comedian turned politician in Minnesota named Al Franken. I suppose most folks are aware of the contested nature of the the Minnesota vote count for their newest US Senator, but if not, the gist of the matter is that Franken lost in the initial count, and after a recount of over 2.8 million total votes, he was declared the winner by just over 200votes. I've seen information saying 225 and 250 votes, but whatever the final count, it was an almost unbelievably slim margin.

What made the story most interesting to me was comments made by Republicans about Franken...

Marty Seifert, the Republican leader in the Minnesota House of Representatives, said Franken's long record of antagonizing conservatives would make it difficult for him to connect with voters who supported Coleman."It's going to be hard for Franken to be very effective with any Republicans, in terms of having any credibility with us, just because he's been so nasty in the past," Seifert said. "He certainly has callous and very partisan behavior in the past that is beyond the pale."

I guess the Republicans didn't like the way Franken played the game.

You can read the whole story at...

I've seen Franken on SNL (Saturday Night Live) in the past, and never gave much thought about comments he made, and I certainly didn't follow the Minnesota Senate contest. What I have noticed lately in the news is cautions to parents and others that what you say can come back to haunt you on such places as Facebook and Myspace, so the comments Republicans made seem to substantiate it to me.

The comments made by Franken in the past certainly seem to have been divisive based on current feelings voiced towards him in Minnesota and elsewhere. Would Franken have been elected by a much wider margin if his rhetoric in the past had been toned down? I think it's hard to say definitively, but in a liberal leaning state like Minnesota, it seems likely to me that his past comments turned off his own support base to the point he barely won. It also seems obvious that Franken will have a hard time being effective, and certainly won't be able to "reach across the isle" for support from Republicans, even if he actually ever has a good idea of any kind.