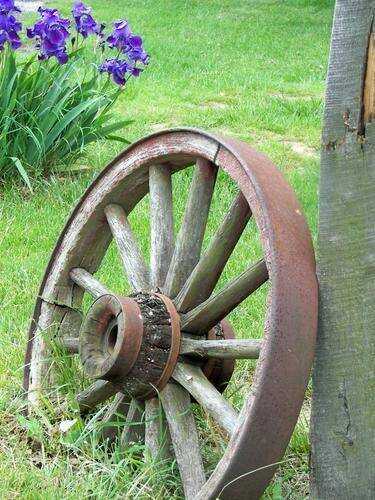 An old saying that I have absolutely no idea where it came from is "the squeaky wheel gets the grease". I'd suppose it came from horse and wagon days when wood wheels were used, and it just makes sense to lubricate a wheel hub that was complaining by making an annoying squeaking sound.

In a modern sense, that saying has been changed to apply to someone that complains about something. When something goes wrong, breaks, needs repair or what have you, whoever seems to complain the loudest gets satisfied the fastest, so it seems to fit the old saying quite well.

During my working years as a telephone installer/repairman, I'd often get the honor of taking care of customers that for whatever reason were not satisfied and had complained sufficiently to get out of hours service. I spend many a night in the dark up a pole because somebody didn't do their job and now our customer was mad as could be.

What brings this to mind is a news piece I ran across the other day. It's about a guy that kept track of the time and money he spent on the phone and his additional costs associated with his phone companies delays getting a repair problem resolved. It seems that after what sounded to me like 9 calls for service before the problem was fixed, the guy sent his phone company a bill for $5,481.16 for lost time, cell phone charges incurred by his employees since the company phones didn't work, and even money to pay to his buildings landlord for borrowing his phone at times.

This guy wasn't a patsy about his problem apparently, and his plight got picked up by the local newspaper with the end result being the phone company paid the bill! Now I think there is probably a bit more to the story than I'm aware of, but I think it proves the point quite nicely that if you are dissatisfied with something and scream loud enough, somebody will pay up just to shut you up.

You can read the original story at...