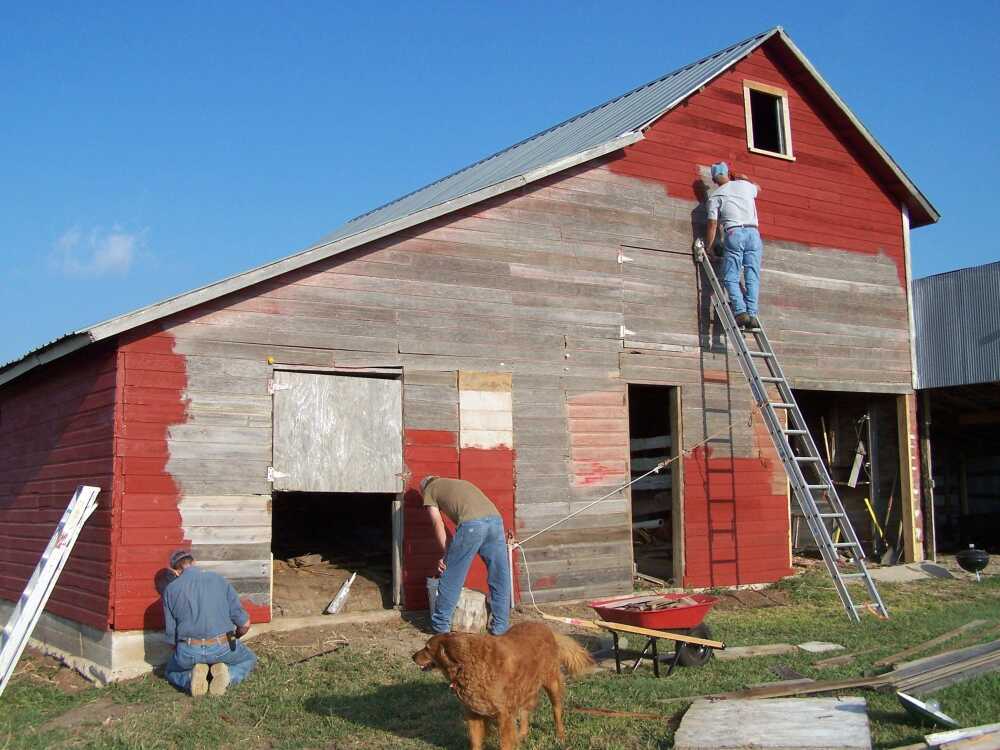 Me and the Brushslingers in action as Casey stands watch

In days gone by, outlaws roamed the west with little fear of being caught by the long arm of the law. Names including Billy the Kid, the Clanton's, the Dalton's, Jessie James, and the Youngers robbed banks and rustled cattle with little regard for anyone other than themselves. Besides being outlaws, they were also called gunslingers.

From the Merriam-Webster dictionary - Gunslinger: a person noted for speed and skill in handling and shooting a gun especially in the American West.

Nowadays, we don't hear much about gunslingers beyond old TV shows and movies, and I'm glad there are not bands of armed men roaming the countryside in search of easy money and fame anymore. However, a new brand of outlaw (inlaw) has emerged here in Furnas County I'd like to mention today.

From the Brian Hoag dictionary - Brushslinger: a person noted for speed and skill in handling and painting with a paint brush.

This Labor Day weekend, we were visited by a couple brushslingers from Colorado territory. They showed up with old clothes, ladders, and determination. Their target? Our barn!

Now I admit that I can swing a paint brush, but these guys really do it. Even though it was a holiday weekend, they showed up and spent 3 days scraping, painting, and generally working me and Margie into the ground. However, the result of their visit is no dead bodies, and a barn about 2/3 painted. The weather was terrible for painting with winds pushing 50 out of the south, and temperatures well into the 90's.

So thanks brushslingers! The barn is looking a lot different than it did Friday, and unless Doc Holliday, the Earp's, and the Clanton's show up for a paintfight behind the barn, we're on our way to eliminating barn envy.