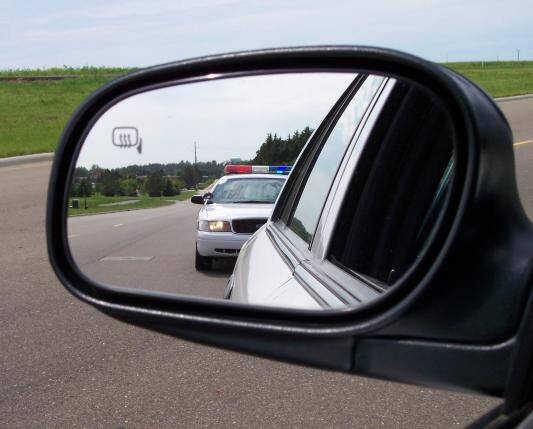 Not the way to make your day!

I've thought for many years now that speed limits are merely a suggestion. Now I suppose the police and highway patrol don't necessarily agree, but depending on where you live, it is fact.

Here is an example that I still can hardly believe... On Denver area freeways, you can actually get a ticket for impeding traffic if you drive the speed limit in the hammer lane during rush hour. The logic behind this nutty idea is that driving the speed limit will force some aggressive drivers into road rage being stuck behind a law abiding citizen on their way home to supper. If the limit states 65, then the usual speed is around 75. Even the EPA with their gas mileage testing include speeds up to 85 MPH, so our government is aware the reality of driving is often higher than the posted limit.

What brings this up is that last night we were out to supper at the Bartley Cafe for their Mexican Night, and I sat next to the oldest speeding ticket I've ever seen. I'm not sure what year the "ticket" was written, but the driver was cited with a hand written ticket for going over 20 miles per hour in town. Along with the ticket was the official court proceedings as the driver plead not guilty to the charge.

OK... so this is really a plug for the Bartley Cafe, though they don't know about it. The cafe is owned by the town of Bartley, and the walls are covered with old pictures and other historical memorabilia from the towns past. On Thursday nights, they have Mexican Night from 5 PM until 8 PM. I have no idea about the food quality any other time, but on Thursday nights (the only night the cafe is open) it is outstanding. We have spent a good many dollars in Mexican food establishments over the years only to be disappointed with the fare available, but not so in Bartley!

Whoever is making the green chili knows how REAL Mexican food should be prepared in my opinion, not the Americanized imitations available at most places. The shredded beef is outstanding, and though the atmosphere has little to do with Mexico except for the menu on Thursday nights, this little place gets two thumbs up from us.

I hope you will take the time for the short trip to Bartley some Thursday night to sample some really good chow, and if you get stopped for speeding on the way, you might try telling the officer that you thought the speed limit was just a suggestion and see what happens next.