Turn Right When You Reach Mars 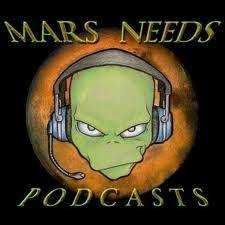 When I was a teenager, I remember going to see the movie: 2001 A Space Odyssey on the huge screen at the Arvada Plaza theatre in metro Denver. At that time, America was very close to fulfilling the dream of landing on the Moon.

Back in 1968 when this movie came out, I totally bought into the idea that by 2001, we would have a base on the Moon. I really thought, that in my lifetime, I would be in the generation that got to see men landing on the Moon, and by the time I'd retire, men would be landing on Mars.

Our Space program kinda fizzled out didn't it?

China is gearing their space program up. Back in January of 2009, NASA reported that China was planning on landing folks on the Moon by 2015, and as of right now, our country does not even have a way to get our own astronauts into space.

This is where I get so frustrated with leftists and Liberalism. I think about how much money Liberals have sucked from the producers in this country since we landed on the Moon back in 1969. Trillions have been wasted in outright transfer of wealth, social engineering, building up a bureaucratic dictatorship, and instituting a chronic dependent class of Americans.

We could have financed several Moon trips and built a Hotel on the Moon for what Obama's failed economic policies and union payoffs have cost us.

It would have been nice to see Science used to solve problems of humans and long space flights and putting a colony on the Moon. Instead, in the past 20-40 years, too much of Science has been bribed by government to produce evidence of the global warming hoax. Sad but true.

Listen Liberals, you talk about peace and harmony, and "we are the World" and all that. Well, back in 1969, when the Eagle landed on the Moon, for a short time there, the World was "one". Sure, there were some of your leftists forefathers around in 1969, complaining about how much a trip to the Moon was costing. Haven't we learned that the inventions we gained from this adventure to the Moon was well worth the costs?

Think of the marvelous inventions and innovations we would get right now if our best and brightest were challenged with safely sending humans to Mars, and beyond.

Why? "Because it's there" would work as a solid reason, but there is a greater principle. The idea that men and women can risk their lives to conquer the unthinkable.

Back when Charles Lindbergh was planning to fly solo across the Atlantic, some were asking the same question. Why? Why risk your life? Some had tried to do what Lindbergh was planning, and some had died. Human beings, willing to put their life on the line to overcome the incredible. We are sorely missing that in our society today.

So now China is poised to take all that computer technology that Bill Clinton provided to them for campaign cash, and glean the new inventions of the next forty years, while we try and figure out how to get an OccupyObama commie protester to get a job and take a bath.

I know that we are stuck in a heck of a mess thanks to the left, but even in the midst of economic chaos, we should remember to look up, and out - to the stars. God has placed us in a unique spot in His Creation. If we but dare, we can study the very fingerprints of the Creator.

Please don't let Obama and the left kill NASA, or as they are doing now, simply turning NASA into yet another failed bureaucracy, producing evidence of man made global warming when none exists.

C'mon man! Let us reach for the stars and gain knowledge we never new existed.