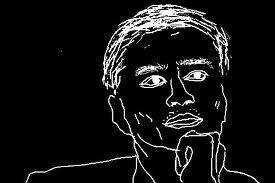 I listened to President Obama last week in Kansas as he took to the political pulpit to preach the gospel of Socialism. This sermon I have heard before, from guys like Daniel Ortega, Hugo Chavez, and Fidel Castro.

What really struck me was the manufactured crowd. They were all cheering for the President to lock them away in an economic prison.

They were begging for serfdom. This makes you wonder as to why Democrats demand that others control them. Why do Democrats so easily give up responsibility for their own lives?

They are suffering from Battered Democrat Syndrome.

After all, look at what the Democrat leaders think about the folks.

Barack proudly tells the Democrats in attendance, that he thinks they are incompetent and incapable of running their own lives. He doesn't come right out and say, "you folks are stupid", he just act likes it.

Hey Liberals, don't get mad at me, but look at the facts. It is your heroes that tell everyone that the average citizen can not get along with out government helping all along the way.

You are told that you can not educate yourselves without government help. Then they help you by getting you into tens of thousands of dollars in debt - to them, and then they hand you a degree that is useless in many cases.

You have been conditioned to think that you can not find a job, or buy a home, get health care, or even buy your own food, without government. Your Democrat leaders think you incapable of even deciding what light bulb to use.

They don't think you are capable of deciding what you should eat, so soon, they will control what you eat.

Soon, Liberals will have the schools serving three meals a day because they do not think you can feed your own children. Aren't you insulted when a bunch of snobby Democrat leaders think you are such a clown that you would have kids and not feed them?

Some Liberals don't even think you know how to wipe your own backside without instructions. Your Democrat leaders treat you true believers like you are a bunch of morons.

Again, don't get mad at me.

On the contrary, we Conservatives know that you folks are capable of living your life without the constant interference of government. We know you can run your own life better than some government worker can.

This has got to be rough on you poor Liberals. Wow! I actually feel for you, I do. It is sad to see the people you libs trust the most, do not trust you one damn bit.

Democrats! I want to tell you that you can escape the clutches of BDS. The path out is simple, not easy, but simple. Decide today that you, not Barack, not some government hack, but YOU, are now in control of your life.

Resist taking anything from government. Decide that you will not take food stamps, but that you will feed yourself. Take responsibility for feeding your own children and tell the government to shove it. You do not have to continue to be a victim of BDS.

I think you can do it. You don't need government. Don't listen to the oligarchy when they tell you that you need them to survive. You don't.

Decide that you'll make it through college without one single government loan. Sure, it is not easy, but you can do it. Don't buy the lie that you need to start your life off in deep debt to a bloated runaway government.

You don't need the government to buy a house either. Refuse to take any government backed loan of any kind. Trust the hard way and trust that with some pain, will come some gain.

I know it won't be easy to break away from your abusive party rulers. For decades now, they have been talking about how weak you are, how your life will be Hell if they don't come in and run it for you.

This is really political abuse. It is psychological battery and really a nasty thing to do to folks who support them and put them into office.

Once you break the chains of BDS, your eyes will be opened, and you'll see how you were battered into an almost zombie-like state in which you need the government to do everything for you.

More from this blogger · Sam Eldridge
Comments
View 144 comments
Note: The nature of the Internet makes it impractical for our staff to review every comment. Please note that those who post comments on this website may do so using a screen name, which may or may not reflect a website user's actual name. Readers should be careful not to assign comments to real people who may have names similar to screen names. Refrain from obscenity in your comments, and to keep discussions civil, don't say anything in a way your grandmother would be ashamed to read.
Respond to this blog