Birds Of a Slacker Feather 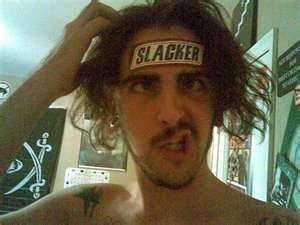 It is interesting to see the folks who have voiced support for the Occupy Wall Street Slacker vermin, infesting many of our nations' cities.

Zombie at PJ media online has a splendid article on the various radical leftists, Communists, Fascists, Socialists, and other unionists and assorted crazies backing these astro-turfed protests.

Oh this is nice to see, Joe Bite-Me Biden and David Duke have also expressed their support for the Slacker Rebellion.

Hugo Chavez
Revolutionary Guards of Iran
Black Panthers(original)
Socialist Party USA(do you mean Democrats?)
US Border Guard
Industrial Workers of the World
CAIR
Nasty Nancy Pelosi
Communist Party of China
Hezbollah
9/11Truth.org
International Bolshevik Tendency
White Revolution
International Socialist Organization
PressTV (Iranian government outlet)
Marxist Student Union
Freedom Road Socialist
Party for Socialism and Liberation
(And lets not forget Alec Baldwin. It would be nice to forget Alec Baldwin, but he is one of the Hollywood Political Herpes. You'll never get rid of him and you have to put up with occasional outbreaks.)

Here is the link to the article, and under each person named, you'll see direct links to validation sources.

The first thing the left does when presented with truth is to deny it. With all of the documentation zombie provides, you can clearly see the Alliance of Slackers.

Slackers and Socialists have a common goal. They wish to enslave and control the producers.

Democrats! Listen, this is what your party has become. You really need to take back your party from the Marxists and Socialists. Remember, the first thing Socialists do after conquering a country, is kill the sheep.

And you can find all the sheep you want inside the Democrat Party today.

They are birds of a Slacker Feather.

More from this blogger · Sam Eldridge
Comments
View 76 comments
Note: The nature of the Internet makes it impractical for our staff to review every comment. Please note that those who post comments on this website may do so using a screen name, which may or may not reflect a website user's actual name. Readers should be careful not to assign comments to real people who may have names similar to screen names. Refrain from obscenity in your comments, and to keep discussions civil, don't say anything in a way your grandmother would be ashamed to read.
Respond to this blog