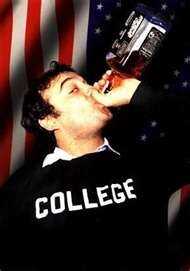 This is not the first time that I have written that the election of Barack Obama, was in fact a rebellion of slackers. This was evident by the number of folks, brainwashed by years of liberal malarkey in the schools, who seriously believed that they would not have to pay their mortgage, or worry about their bills, once Obama stole from the rich and gave it to them.

The Slacker Rebellion has been in full force these past days, as thousands of victims of Liberalism gathered to defecate in various cities across America.

What these slackers really want is a bail out. They need a bail out from Liberalism.

I listened to one slacker, on the streets of New York, whine about the fact that he is jobless, even with three college degrees and $150,000 of student loan debt.

I laughed so hard my sides ached. The poor dumb slacker, years and years of Liberal/Socialist indoctrination, and now he owes his god, the government, a 150K, and has nothing but a foul mouth and a bad attitude for the effort.

Well Slacker, that is what you get when you get a degree in one form of Bitter Studies or another.

What are you going to do with a degree in America Sucks Studies?

Or with your White People are Mean degree?

You get angry, and you want a bail out. Actually, you may have a point. What you Slackers need to do is demand a refund from your University. The University that kept you in school, piling on more and more debt, and produced nothing in you. All the while the College professors are raking in the dough and working about six hours a week.

David Horowitz has done marvelous studies on the fraud that is most of our higher education. The six hour a week figure is his, so get mad at him for those numbers, not me.

Poor slackers, told from day one that it is the evil folks who work hard and build things that are the problem. If we could just sit around and be intellectuals, the world would be a better place. That is bull dung.

Truth is, I value a good plumber over a Doctor of Philosophy any day, and when you need a plumber, you do to.

When your furnace breaks down, who do you want at your door? A hard working furnace tech, or some mouthy and angry Liberal with a degree in Bitter Woman Studies?

With all of the misguided bailouts, I suppose these poor Slackers have a point that they deserve one too.

Since the hippie revolution of the 60's, Liberals have wasted trillions of dollars in funding the entitlement society, and it is a massive failure.

But slackers know no other way. So, as the King of Slackers, Obama, doubles down on his nonsense, the Slackers want a bailout.

March on Slackers! Put on some clothes! Get out of your mom's basement and march. (or squat, in your case) Demand that someone pay for your stupidity! Demand that others pay for your mistakes!

It is the Slacker way.

More from this blogger · Sam Eldridge
Comments
View 38 comments
Note: The nature of the Internet makes it impractical for our staff to review every comment. Please note that those who post comments on this website may do so using a screen name, which may or may not reflect a website user's actual name. Readers should be careful not to assign comments to real people who may have names similar to screen names. Refrain from obscenity in your comments, and to keep discussions civil, don't say anything in a way your grandmother would be ashamed to read.
Respond to this blog