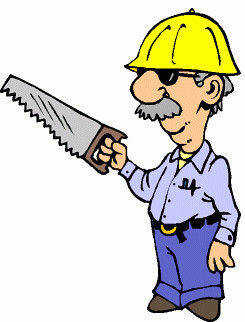 As a professional truck driver, (gear jammer, trucker, etc.) I have a terrific opportunity to meet fantastic people around the country.

In the blue collar world in which I travel and work, the folks are real, and basic, and funny, and amazing.

Harvey for example works 12 hour graveyard shifts at a sugar factory. He supervises the unloading of 110,000 pound trucks carrying sugar beets straight from the fields. This time of year, the trucks come in day and night, every few minutes, a new truck arrives with 40 tons of beets. The huge hopper roars as the beets move on for processing. It is raining when I meet Harvey, his long grey hair hanging wet from underneath his hard hat. Harvey smiles and explains that he has always liked to work, and "I don't like sittin' 'round much."

Harvey is 81 years old. Although you might think he was 60. I watch as he takes time to be patient with a rookie driver, (warmly, they are all rookies to Harvey) and tells the man, 30 years younger, "we'll make a truck driver out of you yet".

A sincere pleasure to know you Harvey.

Not to far down the road from the factory where Harvey works is a 24 hour restaurant, part of a national chain. When you walk in, you notice a plaque on the wall that congratulates the manager for being at this restaurant fifteen years.

Her name is Debbie, and you can tell she loves her job. The restaurant is almost family to her. She told me how she enjoys working with older teenagers, helping them learn the "benefit of hard work." And obviously the rewards of hard work.

Debbie has actually been at the restaurant for 20 years. She first began work there as a waitress.

Doesn't that represent a part of American that is seldom talked about today? The idea that with effort, the right attitude and determination, that anyone can succeed. From waitress to successful manager. That is the spirit of America that we so desperately need to be lifted up.

Some on the left tell us that America has lost that benchmark, the foundational belief that success is available to all.

I don't think so.

Then there is Grant. A tall, handsome broad-shouldered young fella, (age 30 is young to me) with a pleasant smile and excellent sense of humor.

Grant tells me that after high school, he asked a local construction company if he could work for them and learn how to drive the big equipment. Now Grant manages a huge shipping operation most days from four to midnight. Dozens of workers, equipment operators, and drivers, are given their minute by minute instructions, and Grant handles it with ease and grace.

When I talked with Grant, he had just returned from a episode outside where a piece of big equipment had failed. Quickly under Grant's direction, four men, all older than him, work to fix the emergency.

Grant smiles. "I really like it when there are challenges like that. Things happen, somethin' breaks or needs fixin' in a hurry. Gets ya pumped up."

I bet it does Grant.

I think folks like Grant better represent the future of this country than the spoiled crybabies we see squatting on Wall Street.

And under a system of freedom one must choose to be productive.

Some people Grants' age made the decision to borrow forty or fifty grand to get a degree in Women's Studies or Philosophy. (What are you gonna do, open a Philosophy Store?)

I see folks like Harvey, Debbie and Grant everyday, and if you take a look around, you run into them too.

More from this blogger · Sam Eldridge
Comments
View 103 comments
Note: The nature of the Internet makes it impractical for our staff to review every comment. Please note that those who post comments on this website may do so using a screen name, which may or may not reflect a website user's actual name. Readers should be careful not to assign comments to real people who may have names similar to screen names. Refrain from obscenity in your comments, and to keep discussions civil, don't say anything in a way your grandmother would be ashamed to read.
Respond to this blog