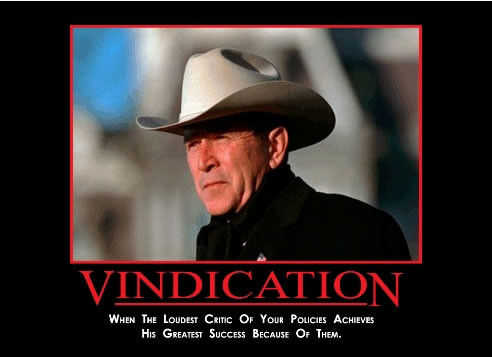 There were so many candidates for the funny papers second edition that I really had to work to weed them down. One of the things that nutty leftists do, is establish sacred cows. Couple that with the lefts ability to be chronically offended, and they try to control the debate.

And sadly, all to often, we refrain from laughing at the left, and their weirdness, because we don't want to hurt their itty bitty feelings. Liberals should be laughed at. Liberals need to be mocked.

That is not to say that Liberals, or the left, should be taken lightly. Their bizarre world views, and backward views of society, need to be stopped, and laughing at the left, is merely one step to recover our nation from the hands of the loony.

In the past few days while Barack Obama has been running all over the country "spiking the football", and using the United States Navy for his personal glory, a whacked out Navy Chaplain has decided that its Chaplains can perform same sex marriages. Well isn't that special? While it isn't surprising the goofy leftists will try and destroy our wonderful Navy from within, it is surprising that our leaders in uniform would go along with this insanity.

It's not just the Navy that is under attack from within by Liberals. The Air Force Academy, in a time when our country has to borrow much of what they spend, will now waste money to provide, get this, a pagan 'worship circle'. Excuse me while I hurl. As the insanity of Liberalism infects our once great institutions, The Air Force Academy has to concern itself with providing a place to practice Wicca, Druidism, and other such nuttiness.

"It's just a place where I can go to be myself", said Cadet Nicole Johnson. "It's outside so you can see the stars at night, we get to be closer to nature. Now, when we have full moon rituals you can see the moon."

Liberalism is a cancer of thought, a cancer that seeks to destroy from within. Oh, I almost forgot, the "special" area for Cadet weirdos is under heavy surveillance, someone might do something awful to their little pagan circle, like place a cross nearby. Oh my, that would be just awful.

From the fun and oh so truthful website, bestobamafacts.com, comes a few zingers for the legend in his own mind, Barry Obama.

*Every now and then, Obama opens his eyes and the world springs into existence.

*Obama can make a journey of a thousand miles without a single step.

*Socks worn by Obama are used for climbing walls in Spiderman movies.

*Obama can calculate your guilt just by looking at the numbers in your checkbook.

*Every time Obama talks about change, a baby diaper becomes clean and a homeless person's cup fills with nickels.

*More dead people voted for Obama than any other Democrat candidate in the history of Chicago politics.

*The US Mail Service published Obama's resume on a postage stamp.

*Obama smokes so you don't have to.

One group that continues to thrive in the world of Liberalism and Obama is America's lawyers. With ridiculous lawsuits, and legal mumbo-jumbo, lawyers have managed to screw just about everything up.

One truth, bad laws make criminals out of good people.

A bad justice system causes almost a "Twilight Zone" effect on sanity. Increasingly, American businesses must act out of what will keep them from getting sued.

Doctors have had to act that way for a long time now, as a lawyer is waiting eagerly in the wings to jump on any mistake, any miscalculation or misstep, and hand in hand with a corrupted legal system, they are ready to punish everyone for everything - except of course, them.

Today, businesses are so afraid of lawsuits, (and todays legal system should be feared) that employees in some companies are told to stand by if thieves grab merchandise, and run out of the store without paying.

March 28th - 2011 in Billings Montana, a theif decided to grab two laptop computers and exit the store without paying for them. The laptops were valued at about $1600 a piece.

As the theif tried to run out of the store, one employee, Roger Kline, age 51, reached out and knocked the criminal to the ground. The theif was charged with felony theft and drug possession.

Not so, instead, Best Buy fired Mr. Kline. Companies are so afraid of being sued by lawyer dogs, they will literally let folks run out of the store with unpaid merchandise, rather than take a chance some lawyer will cost them tons of cash with stupid litigation.

Lawyers and a corrupted just-a-system belongs in the funny papers.

In Liberal America, heroes are fired, and scumbags get a gaggle of lawyers. One can only imagine if Osama bin Laden had not been executed, the pile of lawyers that would have stood in line to represent him.