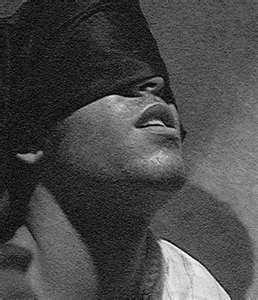 Many moons ago Jesus Christ stood before Pontius Pilate. Arrogant leaders of the day hurled accusations against Jesus, which they knew were false, and Pilate was confused. He pleaded with Christ to make a defense against the charges.

In His answer, Christ said, "...I have come into the world to bear witness to the truth..."

To which Pilate responded, "What is truth?"

Pilate did not wait for an answer, and it is not hard to understand why. The "truth" can be a scary thing...to some. Truth demands one of two things when you hear it.

Truth demands either action or Faith.

That is why some refuse to acknowledge truth. An acknowledgement that actual truth has penetrated your soul, or found its way into the deep crevasses of your mind, will force you to make a decision.

Many have opined about the dilemma we face today in deciding what is truth, and what is false. The political climate of the day has deteriorated into a vicious spiral.

This quandary was brilliantly discussed in an April 30th article by David Greenfield in the Canada Free Press online called: "Liars vs. Racists". http://canadafreepress.com/index.php/article/36000

"It's not just that Obama has lied too many times", according to Greenfield. "Most politicians lie or stretch the truth or hold back information. The problem is that the media and too many institutions have been willing to lie for him."

And that is the truth. Mr Greenfield cites many examples.

"The problem repeats itself over and over again. Not only do negative stories on Obama's background not get reported, but people in high positions continue to cover for him. The contents of Sarah Palin's personal email account were sprawled over the Internet-but the LA Times won't release Obama's Rashid Khalidi tape. Yet is there a single person who honestly believes that if the Khalidi tape starred John McCain, that it wouldn't have been on Page 1 of every major newspaper? Or if John's McCain had attended a violently racist church or Cindy McCain had a photo op with David Duke's wife that these wouldn't have equally been Page 1 stories?"

The major media have delighted in impugning those who rightly demanded to know the truth about a man who wanted to become our President. Birth certificate records, (first demanded by Hillary and Bill by the way) school records, investigations of questionable associations, financial records, immigration records, and honest investigations into Obama's ties to unrepentant terrorists, corrupt business associates, and blatant racists, were met with mockery and vilification, instead of transparency, which Obama promised.

Obama, showing callous gall and childishness usually reserved for spoiled Hollywood types, finally releases his birth certificate, then waste the taxpayers money by flying off to Chicago with Michelle to mock the citizens he is suppose to represent on the Oprah show.

As Greenfield correctly points out, "The birth certificate has been part of the much larger underlying issue which the lack of of transparency by the Obama Administration in even the simplest things. And that may not be a resolvable issue anymore."

"The perfect storm of Obama's stonewalling and an establishment willing to cover up and lie for him, means that people legitimately distrust anything that comes out of his mouth or the media. In such an environment, a culture of conspiracy may be wrong, but not irrational. And it also means that there's no real way to prove or disprove anything anymore."

Greenfield correctly points out that, "The left's unprecedented corruption of government and media which could have played a watchdog role, means that those institutions can no longer serve as watchdogs, only propagandists. When you can no longer trust institutions, then you either drink the kool aid, or refuse to drink anything at all. The question isn't, are they lying, it's how much are they lying. And when you're dealing with that kind of framework, to 'trust' you have to argue that they would lie X amount, but not Y amount."

You see, not only have Liberals, via Obama, the media and corrupted institutions, brought havoc upon Liberty, the economy, our monetary system, energy production, world trade, and civil discourse, but they have declared war upon truth as well.

"Are we in a recovery or an economic disaster? If you believe the liars, we're in a recovery. And the only people denying it hate Socialism, which as we all know is code, for race. Is Global warming a serious problem? The liars say yes and anyone who disagrees is a racist who hates Third World countries that are suffering from Global Warming."

"If you agree with Obama, you're a liar. And if you disagree with him, you're a racist," Greenfield rightly concludes is the result of the left's own propaganda agenda, lies and cover-ups.

"You end up with two types of people. One type who believes everything the authorities say. The other who wouldn't believe them if they said the sun was shining."

Thus, Obama's legacy may very well be the destruction of truth itself.

We can only work for the betterment of our society if we can agree upon issues of substance. We can all agree that water is wet and that fire will burn, but real consensus requires truth, and honesty, which sadly the left has worked to destroy over the past few years.

As I said before, truth requires action or Faith.

When lies prevail, you get neither action or Faith.

Instead you get trouble, big trouble.