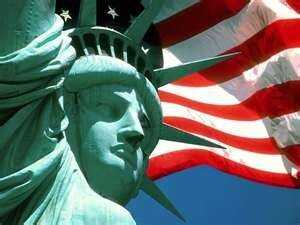 "Be not intimidated...nor suffer yourselves to be wheedled out of your liberties by any pretense of politeness, delicacy, or decency. These, as they are often used, are but three different names for hypocrisy, chicanery and cowardice." - John Adams

One would have to be blind or stupid to see that in recent days, criticism of our current political establishment has been treated as hate, or racism, or a call to violence.

These are the labels leftists have always used to silence our natural revulsion to the theft of Liberty we are now witnessing on an almost daily basis.

I remind you of the shameful acts of the left in this country after the shootings in Tucson, their repugnant efforts to blame conservatives for the acts of a criminal mind. The evidence thus far clearly shows that the shooter/criminal was much more in line with leftist/pagan points of view than any conservative philosophy.

I would be guilty of the same type of tripe if I blamed the left for the shooter's actions. Each of us is responsible for his own actions, and that is the essence of Liberty.

Reminding us of how Liberty is lost, Thomas Jefferson once said: "We must not let our rulers load us with perpetual debt. We must make our election between economy and liberty or profusion and servitude. If we run into such debt, as that we must be TAXED in our meat and in our drink, in our necessaries and our comforts, in our labours and our amusements, for our callings and our creeds, we will have not time to think, no means of calling our miss-managers to account but be glad to obtain subsistence by hiring ourselves to rivet their chains on the necks of our fellow-sufferers...And this is the tendency of all human governments."

Jefferson continues, "A departures from principle in one instance becomes a precedent for another, till the bulk of society is reduced to be mere automatons of misery...And the fore-horse of this frightful team is PUBLIC DEBT. Taxation follows that, and in its train, wretchedness and oppression."

Yesterday, many of us celebrated the birthday of the last GREAT President America had, Ronald Reagan. A man who believed in the American people, a man who trusted American exceptionalism.

My oh my, how far we have fallen in such a short time.

Now we have Barack Obama. A man who is proud to proclaim our faults around the world. A man who believes that America, and thus Americans, must be subdued. A man who bows before dictators and then demands that you and I bow at the alter of government and give allegiance to the loss of Liberty. Barack Obama, a man who acts as though the American people are not capable of managing their own lives.

Reagan once said: "Politics is suppose to be the second oldest profession. I have come to realize that it bears a very close resemblance to the first."

We sure see that today don't we?

I can understand what is going on in Egypt right now. I am leery of what will be the ultimate outcome, but I understand it.

Can you imagine what we would be going through after thirty years of Obama or Carter?

We'd be in the streets alright, if we weren't dead.

Isn't it so clearly odd that Obama hears the voices of those in the streets in Egypt, and yet slanders and maligns those Tea Party Patriots in the streets of the United States?

In the world of Obama, the average man or woman in Egypt is capable of self-government, but we in America are not. Obama tramples on Liberty as he works to control the everyday life of all you "bitter-clingers".

During the next couple of years, Obama's government and the propaganda media are going to lie to you on an everyday basis.

Work hard to cut through the lies of this cesspool administration, and the lies of Katie Couric and her ilk, and seek the truth.

Liberty depends on it.

Every dictator in history began his reign of terror with a so-called concern for the poor, and then worked to create more poor. Today we have over forty million folks in this country on food stamps. How is that possible? It is possible because liberals have worked hard to convince people that they need to take whatever they can get from government god.

As those infamous ladies standing on the streets of liberal-crushed Detroit demonstrated, Liberals have dumbed-down folks into thinking that they are entitled to "Obama's stash".

They will be forever on the streets, looking for a handout they think they 'deserve'. They have lost the will to care for themselves, and to be responsible for their own actions. Now, they live in a world where everything that happens to them is the fault of someone else.

When you take away a person's right to fail, then you destroy their ability to achieve. It is a God given right to earn your own success or failure. No government has the ability to hand you success. But runaway liberalism can guarantee you failure.

In fact, Liberalism's only guarantees are failure, misery and poverty for all...save a few elites.

In the days ahead, the leftists will do their best to smear those who stand for the Liberty that the Declaration of Independence claimed for all.

Be extra careful in believing anything that comes from the media and government. Do due diligence and seek the truth.

The left will do their very best to intimidate us into silence. We must not be silent. They will try and label us as fear mongers and hate mongers. They will claim offense when we utter the truth. They will claim that we are racists, when it is they that practice racism.

We must speak out. It is our duty as Patriots to stand against those who seek to destroy the very fabric of our country. Do not be moved by the rantings and craziness of Liberals. Anything other then their alledged brilliance will offend them.

Listen to Patrick Henry, "Should I keep back my opinions at such a time, through fear of giving offense, I should consider myself as guilty of treason towards my country, and an act of disloyalty toward the Majesty of Heaven, which I revere above all earthly things."

Your unwillingness to submit to government god irritates liberals.

They are already irritated, so why keep silent?

The country you save...may be your own.

More from this blogger · Sam Eldridge
Comments
View 37 comments
Note: The nature of the Internet makes it impractical for our staff to review every comment. Please note that those who post comments on this website may do so using a screen name, which may or may not reflect a website user's actual name. Readers should be careful not to assign comments to real people who may have names similar to screen names. Refrain from obscenity in your comments, and to keep discussions civil, don't say anything in a way your grandmother would be ashamed to read.
Respond to this blog