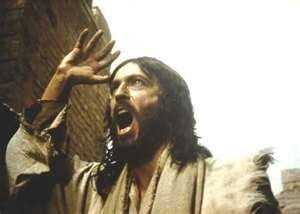 Comedian Emo Phillips had a great story to explain what is going on in much of Christianity today. His story goes like this:

Emo: I was out walking one day and I noticed a man up on a high bridge. He looked like he was going to jump. I ran towards him, waving my arms, and I shouted, "Please don't jump!"

Would be Jumper: Why shouldn't I jump? What do I have to live for?

Emo: Are you a religous man or an atheist?

Would be Jumper: I am religous.

Emo: Hey, me too! Are you a Catholic? Or Jewish or Protestant?

Would be Jumper: I am Protestant.

Emo: Hey, me too! Are you Methodist, Assembly of God or Baptist?

Would be Jumper: Well, I am Baptist.

Would be Jumper: Well, I'm Baptist Church of God.

Would be Jumper: Baptist Church of God Reformed.

Would be Jumper: I'm Baptist Church of God Reformed 1895.

Emo: (Screams loudly) Die you Heretic scum! And Emo pushes the unhappy man off the bridge.

The real culprit behind Americas' upcoming failure can be linked to our moral decline. In early Nazi Germany, Hitler had his minions go out and infiltrate the churches of Germany to accept his brand of Liberalism.

Much as the left in America is doing today.

If you listen to the left, they portray Christ as some type of raving Socialist or Marxist, or worse, a community organizer. Of course, nothing could be further from the truth, but truth does not matter to Liberals. They will say or do anything to get control of your life, every aspect of your life, and if you are dumb enough to believe that Obama and Pelosi are Christians, well then, the libs figure, you'll get what you deserve.

The idea was to get a Socialist candidate that would claim to be a Christian to sway enough Catholic votes, and enough "dumb" Christian votes, to get the Socialist elected, and it worked.

In fact, examine why so many uber-leftists, who hate God, and hate Christianity (and are so accepting of Islam), support Obama when he claims to be a follower of Christ? The fact is...they know he doesn't mean it. They understand the game.

Even as hideous as the left and their phony Christianity is, there is a far worse menace which seems to control much of Christian television or Christian thought. That menace is the phony Christian Ministries of several very wealthy so-called "televangelists" or "faith ministries."

If you study the ministry of Christ, you will soon discover that it was the religious leaders and the teachers of law at that time that severely enraged the Lord. Christ saved his harshest words for these folks, and even talked about how they tricked people out of their money with a counterfeit gospel.

Click on to what passes for Christian television lately, you'll likely see the modern day versions of these charlatans. Many of these con artists preach a "prosperity gospel".

Oh yes...the prosperity gospel. This is a marvelous fairy tale in which God, using magical formula's and special Scriptures in the Bible, gives you the power to order Him about. That's right, with these miraculous formulas, Almighty God is at your beck and call.

Frederick KC Price, Pastor of the Crenshaw Christian Center in Los Angeles ( very poor neighborhood ) insists on driving around in a Rolls Royce. Kenneth Copeland of Ft. Worth Texas flies around in a twenty two million dollar Cessna and lives in a lakefront 18,000 square foot mansion with private runways and hanger facilities, of course. Copeland's family seems to have done very well in the world of the prosperity gospel. They have branched out into real estate, oil and gas, and several other "investments". Under the pretense of serving God, they have created a financial empire worth hundreds of millions of dollars.

The prosperity gospel works for these guys. This is the religious Ponzi scheme. You send them a thousand bucks, and quote the appropriate Scriptures and whammo...God owes you between ten grand and a hundred grand, "depending upon your faith."

The marvelous thing about the religious ponzi scheme is this; if it doesn't work for you, then it's YOUR fault. How nice. Somewhere, the phonies will claim, you have some sin, or you suffer from unbelief that will not allow God to operate on your behalf.

I have no problem with a man or woman making money in the business world. If you invent a widget, and people want to buy it, and you sell it to them, fine by me. Make millions of bucks, buy a big house, your earned the money, do with it as you wish.

But when it comes to using God's name to get rich, well then, we have a different story. For a "man of God" to live like royalty upon the donations of those he deceived is an abomination.

You are to give out of the goodness of your heart, trusting that God, Who sees what is done in private, will reward you in many ways, not just financially.

You are to help people that are need, because they are in need, not to get some reward here on Earth for your magnificent generosity.

Remember Robert Tilton? This was a young man who started out with a fire for evangelism, a fire for Christ, and then what happened? Tilton bought into the 'faith movement' and his ministry disintegrated. ABC News investigated Tilton, who was using upwards of 63% of his time on the airwaves to ask for money, so that "God CAN Bless you." They found thousands of letters in Tilton's dumpster. The envelopes had just been opened far enough to remove the money, then the prayer requests, letters and all, were chucked into the dumpster.

As the time quickly approaches where we celebrate the birth of Christ, you folks better spend a few minutes to really think about what it is you believe. The Liberals will do what they always do, confuse, smear, distort, lie and tamper to get Christians into a state of confusion. They have been fairly sucessful thus far.

We have a small window, the next couple of years, before the incredible devastation committed by the Socialists in our government comes to a full boil.

I would suggest that you Christians take that time to read your Bibles, take time to pray, because folks - we have some rough days ahead.

When the Liberal outhouse goes up in flames, Christians are going to be told things about their religion they never knew.

You'll be told that God wants the government to steal money from the producers in America.

You'll be told that God want homosexuals on the Supreme Court.

You'll be told that opposition to Homosexuality is "hate speech".

You'll be told that Earth worship and "green jobs" is what Jesus wants you to do.

You'll be told that killing babies before they are born is the "humane thing to do".

I mean really, you've already been told that God wants everyone to have an unemployment check for Christmas.

Look at Jeremiah Wright and Jim Wallis. Two of Comrade Obama's pals in the religious arena. They claim to be Christians, yet they preach hate and Marxism.

True Christians and Pastors will be subject to investigations by the IRS or whatever bully arm of government necessary to silence them.

Here is the problem. Too many so-called "Men of God" have perverted the Good News of Christ, so that the average Christian really has no idea of what the Bible says, or why. After all, it's hard to watch "Glee" and read the Bible at the same time, isn't it?

Why do we have so many denominations? There is only one New Testament. Men have elevated their own thoughts and wishes above the Lords' and we see the result. A divided church, each claiming to know exactly what the Lord wants.

Meanwhile, those not in the fold...see nuts, fruits and flakes masquerading as men of God, and no wonder, they reject this nonsense. And they are right to do so.

Some years ago, I remember turning on the television and watching as Benny Hinn and Oral Roberts asked for money from the faithful to help them in their ministry of Hawaii. There they were, standing on a beach, claiming that God had called them to save Hawaii, and if we'd send in money, God will owe us - big time.

Funny, you think God would call them to the ghetto's.

Hinn, is perhaps one of the nastiest of these crazies, claims to have a healing ministry, although when true Christians have asked for proof of such miracles of healing, none have ever been provided.

If Hinn really had a "healing gift", why not go to the nearest hospital and set the captives free baby!

Let's be clear, God can heal anytime He wishes too, and you don't need Benny Hinn or Copeland, or Savelle, or Kenneth Hagin, or Mike Murdoch, or any of the Rolex wearing money whores, to request, or get the favor of God.

Let me take a minute to talk to you folks in your thirties. You are the ones who will be the beneficiary of all this craziness by the Socialists in our government.

Twenty five years from now, if Christians do not get their acts together, unite in faith, and say no to government god, your life will be quite a bit different.

And you'll be allowed to believe in Christ as long as you keep it to yourself. You'll not be allowed to tell anyone outside your church building about Christ, certainly not at school, or work, or anywhere outside the predetermined religious activity zones.

What is your point Sam? My point is this. There is much at stake fellow Christians. The time for Sunday morning believers is over. The time for real Faith, Hope and Charity is at hand. Daily, we will see more people suffering because of a godless maniacal government, and they will need the Lord.

Let this Christmas be one of happiness and joy for sure. But keep this in the back of your mind, our country, our faith and our well being are under attack, from within and without. Tell the truth, stand against phony preachers and charlatans. Stand for what is right, regardless of what it costs you.

Make it a point in the upcoming year to study your Bible, to resist the governments' attempt to become your god. Help those around you in big ways and small ways. Learn to survive in depressions, recessions, boom time or bust.

And, if in your church, you should hear leftist dogma, or the words "social justice" - be smart enough to get out.

God Bless you and yours this Christmas. Make this a Christmas to remember - IN YOUR HEART.