The Weirdness of it All 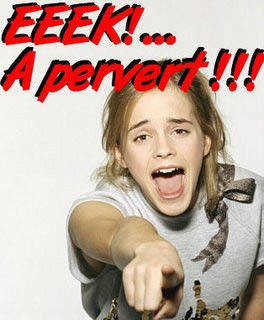 I really wasn't stunned that the taxpayer supported Smithsonian would embrace diviant art for a Christmastime display. Such is life in post-Christian America.

Ants crawling all over Christ on the cross is art in America today. Homosexuals and lesbians think they are being brave. If you gays really want to show some stones, have an "art" display showing ants crawling around on the prophet Mohammad.

You and I know we'll never see that.

This wonderful taxpayer supported "art" display, showed brothers in a gay/incestuous act. Not so brave in America nowadays. If you gays really want to be audacious, then show two Muslim brothers doing the same thing with a picture of the Ayatollah Khomeini hanging in the background. We'll see how brave you are.

Then there is the picture of Ellen DeGeneres grabbing her breasts. Are you kidding me? There are people paying to see this? Now that is weird. Really weird. Seeing DeGeneres playing with herself might just ruin sex for normal folks, forever.

Some of you an the left might say, Oh c'mon Sam, this is just art baby. You're unsophisticated; this is cutting edge stuff. You're just too much of a redneck to appreciate it.

Okie dokie gays and lesbians, if you want to perform real cutting edge "art", show an Arab woman in a burkha grabbing her breasts, or show a dog urinating on a Mosque, or Mecca.

We shall see how long you remain alive after that.

Didn't the Iranian President, is his talk to Columbia University students, say that gays are executed in Iran? Curious that gays don't mock Muslims with their "art". Cowards. It is the Muslim religion around the world that treats women like cattle and homosexuals are given no rights to practice their "lifestyle".

We have to remember that America is no longer a Christian nation. Obama proudly proclaimed this to the world. And in this ONE thing, Obama may be right. A Christian nation would not execute thousands of innocent babies every day, or embrace perversions, but I digress.

Over the weekend, a high school football player in Tacoma Washington got flagged for a fifteen yard penalty after dropping to his knees and pointing upward after scoring a touchdown. So, giving thanks to God gets the same penalty as delivering a vicious head shot to the Quarterback.

This is post-Christian America, so get used to it.

Now, of course, Muslims get to operate on their own special rules, so get use to that as well. God forbid we should ever offend a Muslim. Oh my! We must bend over backwards to accommodate them.

Now the Smithsonian has removed the video of ants crawling all over the crucified Christ, but why was it on display in the first place?

The answer is simple. Why are liberals so anxious to defend Islam at almost every turn, yet Christ can be mocked, and Christians offended under the disguise of freedom?

Because the left and Islam are both enemies of Truth, and their common enemy is Christ, THE Truth. Not so hard to understand.

In Portland, after a Muslim man was arrested for trying to kill thousands of Americans at a Christmas tree lighting ceremony, what did Sam Adams, the openly homosexual Mayor of Portland, do?

Did he beef up security to protect innocents from radical Islamic Nazis? Nope!

Did he encourage the FBI to continue their work in protecting America? Nope!

Did he call upon the Muslim community to help the Police find these terrorists in our midst? Nope!

Did he give thanks to the FBI for saving the lives of thousands of Americans? Nope!

What this crackpot Mayor did was to order more police protection for the Muslims in Portland; to protect them from Americans I guess.

Post-Christian America. Get used to it.

Christians are the problem in America, according to liberals. Samuel Adams (the new modern version) the homosexual, who admitted (just last year) to a relationship (sex and more sex) with an teenage boy, an intern,thinks he needs to protect Muslims in Portland from Americans.

It's all a part of the liberal weirdness that has infected just about every part of our society.

Homoerotic "art" is cool in Government buildings at Christmas, but a nativity scene at a local courthouse? No way! We don't want to offend Muslims and gays.

Post-Christian America. You wanted it - you got it. Enjoy.

More from this blogger · Sam Eldridge
Comments
View 14 comments
Note: The nature of the Internet makes it impractical for our staff to review every comment. Please note that those who post comments on this website may do so using a screen name, which may or may not reflect a website user's actual name. Readers should be careful not to assign comments to real people who may have names similar to screen names. Refrain from obscenity in your comments, and to keep discussions civil, don't say anything in a way your grandmother would be ashamed to read.
Respond to this blog