Fly the Friendly Skies? Keep it. 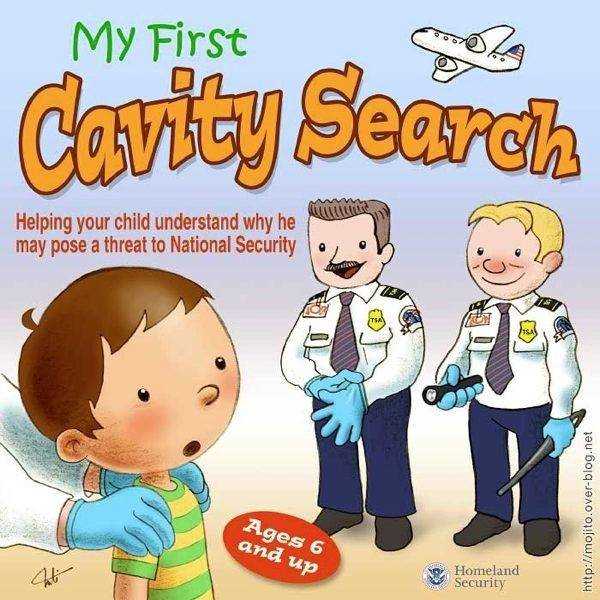 A year or so after 9-11, my wife and I took a flight from Denver to Houston to visit family. Our experience with the TSA folks in Denver, prompted us to decide that our flying days were over.

We were in line, a long line no less, the TSA officer came up to my wife, a petite 5'2" blonde gal in her late forties, and told her to take off her shoes. We were kind of new to all this, so my wife dared ask, "Why"?

Holy cow, the TSA folks acted like my wife was a member of the Taliban. They made her pay for her question. She was harassed for almost 45 minutes, questioned by a bunch of bullies, in my opinion, and finally let go just in time to barely make our flight.

The real joke in this whole TSA crapola is this: We are doing all this security on non threatening American citizens because we don't want to offend Muslims.

It is as simple as that. We should be racially profiling, just like Israel's airline does, but the American left will go to any extreme to appease Muslims, including "pat-downs" of Nuns, grandma's, babies, forty year old blonde women, and eighty year old grandpa's in wheelchairs, instead of proper profiling.

What we have now is essentially government mandated fondling sessions.

I see the same damn thing happening with the Border Patrol, with their bogus checkpoints which are not on the border. I've seen countless searches of elderly white couples and their RV's at these so-called checkpoints, while bus load after bus load of illegals buzz on by.

Recently, I was searched at one of these checkpoints. The Border Patrol searched me, my trailer and my truck, for over an hour. They had their dog into my cab, going through my clothes, my food, my bedding, my tools, etc., and they completely x-ray'd my truck and trailer. I guess I had must have missed all the terrorism being committed by white 50+ year old truck drivers in America.

Meanwhile, while eight Border agents searched me and my property with no warrant, no cause or justification, the bus loads of illegals went streaming by. Amazing.

When they had finished their phony baloney search, I asked them if they were indeed Border Patrol. They responded that they were. I pointed South and said, "I hate to tell you fellas this, but the Border is forty miles back thataway."

They promptly told me to leave, or they would really make my life a living hell, and outnumbered as I was, I took their advice and left. I stopped about twenty minutes later to try and put the inside of my truck back together after their little inspection.

All this harrassment of American Citizens is necessary in the liberal and governmental mind, so that we don't profile.

Well, we should be profiling, and we act like idiots when we don't. The rest of the world laughs at us, and they should. When we are doing an invasive search and pat-downs of Nuns, afraid to profile a Muslim, we act like idiots, and our enemies love it.

I am trying to understand how having a TSA agent fondle a Nun increases our national security. Keep it.

One wonders if the Obama administration knows the negative impact their lack of backbone will cause the American Airline industry. The Socialists that now control the Democrat Party are determined to hurt American industries. They say they are not, but as we all know, actions speak louder than words.

You don't need to be a Prophet or "The Amazing Kreskin" to see that this nonsense policy of no profiling and invasive searches of American citizens will hurt the Airline Industry.

Why are pilots being searched in this intrusive manner? I mean really, if a pilot wanted to take a plane down, all the pat-downs and x-rays are not going to stop him/her from taking the plane down, are they?

The left was so phony in their indignation at the Patriot Act, and look what they give us.

If you want to fly, please do. As for me, and many others, enough is enough.

Start profiling Muslims, and do it often.

I know it is not politically correct, but nowadays, almost anything that is "right" to do flies in the face of political correctness.

Facts are facts, and ignoring facts does not make facts change.

Until Muslims can get their own folks under control, they need to be profiled, now, tonight, tomorrow, on every flight, anywhere in the world. Perhaps all the moderate Muslims we hear so much about from the left, will then turn their anger to their own rebels.

Oh, lest we forget, Big Sis, Janet Napolitano, goes out of her way to say that these "searches" and "pat-downs" are being done by same gender. In other words, girls fondle the girls, and boys fondle the boys.

The obvious question here is: What if the TSA agent is a Homosexual or Lesbian?

Is it right to allow a homosexual to "inspect" another man's "junk"?

Will you be arrested if, while preparing to be patted-down, you ask the person preparing to invade your private parts, if he/she is a Homosexual or Lesbian?