In Search of Senator Johanns - UPDATE 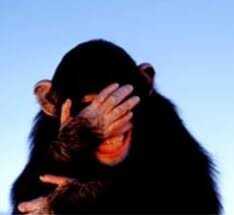 Well, dawg gone it, I must confess that I blew it. In my last blog, I was rather upset at what I thought was RINO (Republican in Name Only) behavior by Senator Johanns.

Now, I see, after further investigation, that I was wrong. I am happy to announce to one and all that Senator Johanns IS in favor of repealing the entire ObamaCare Disaster.

I now know this because several folks have reported to me that the Senator, at almost every single town hall meeting that he held since the government Health Care takeover was stuffed down the throats of the American people, strongly stated his desire to see this disaster corrected.

I am guilty of jumping to conclusions, and for that, I owe Senator Johanns, and you readers, an apology for shooting off my big mouth before I had all the facts.

After further investigation, which I should have done prior to my last blog, I found that Senator Johanns had voted in favor of repeal when Sen. Jim DeMint sponsored repeal legislation in March of this year.

Also, I found that Sen. Johanns had stated, quite clearly, in an interview with The Hill earlier this year, that he would prefer to repeal the entire law, but since repeal was unlikely because of the Obama veto, he had to use different tactics to stop the bill.

And there is more, I am sad to say. The bill Senator Johanns is working on to "Protect Unborn Children From Unnecessary Pain" is really a good idea. I was wrong to slam the Senator on this legislation.

Do you remember the Partial Birth Abortion legislation? The thing is, no babies were saved from death because of that bill. The only thing that bill did was forbid one method of executing a late term abortion. All the abortionist did was change methods of killing the child.

Yet that legislation cost the pro life movement untold millions of dollars and hours of labor. Yes, it's true that a particularly odious method of killing a human child was forbidden, but many pro lifers were fooled into thinking that late-term abortions were going to be outlawed.

My first reaction to Sen. Johanns bill was to think that pro-life forces were going to get fooled again.

I had the opportunity to speak with Sen. Johanns Press Secretary, Chris Hunt today. I was able to gain a glimpse of the Senator's heart in this matter, and understand that I was wrong in my criticism.

Like it or not, abortion, the right to have your own innocent baby executed, has been found in the Constitution by leftist activists. I have read the Constitution several times, and I never saw that particular right in there. But wacko leftist Judges have, and much to this country's dishonor, fifty million have been killed.

Senator Johanns is simply doing what he can to be humane, and end the end, maybe some lives might be saved once the mothers understand the truth of what is happening.

So, I owe the Senator, and you, another apology, and I do hereby sincerely apologize.

Abortion is a real serious topic with me. I still find it hard to believe that so many gifts from God have been so cold-bloodily slaughtered, and it bothers me. I think abortion affects this country's soul, and I further believe that we, as a nation, will find difficult to get anything right as long as we show such little respect for life.

One thing I have always tried to do, is be truthful in this blog, but in this case, I really blew it. I promise to try and do a better job in the future.

More from this blogger · Sam Eldridge
Comments
View 32 comments
Note: The nature of the Internet makes it impractical for our staff to review every comment. Please note that those who post comments on this website may do so using a screen name, which may or may not reflect a website user's actual name. Readers should be careful not to assign comments to real people who may have names similar to screen names. Refrain from obscenity in your comments, and to keep discussions civil, don't say anything in a way your grandmother would be ashamed to read.
Respond to this blog