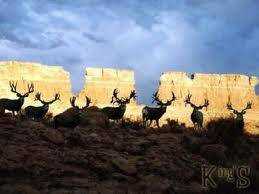 The bandits were clever in their plan to rule and pillage our village. They ran off Uncle Sam, telling us that Sam was mean and unfair. Many fell for the deceptions, and suddenly we found ourselves under the oppressive thumb of Uncle Bandito.

Many were discouraged. There were those on the left that pronounced with glee the end of Liberty, the end of the Constitution, the end of individual freedom and responsibility.

Brave souls, those with faith in the Republic, people who still had within them the spark of freedom, came forward. They dared stand against Uncle Bandito. And although November 2nd will be only a first step in the fight to restore our Constitution, it is a necessary step to preserve the American Dream for our children and grandchildren.

Michelle Bachmann: Congresswoman from Minnesota, stepped forward when few in the House of Representatives had the courage to stand against Uncle Bandito. She spoke out with faith and conviction, and encouraged other House members to speak the truth and stand in defense of the Constitution. Uncle Bandito sent his henchmen to try and put Bachmann down, it only made her fight harder.

Sharron Angle: This brave grandmother and teacher stood up to take on one of the most dangerous men in Uncle Bandidos gang. Angle decided that she, and the country, had enough of Harry Reid. This was not going to be an easy task. Reid is perhaps the most corrupt and despicable person ever in the US Senate. Yet, through her brave fight to stand against the tyrant Harry Reid, Angle forced Uncle Bandito and his gang of thugs to use huge resources and energy to protect Reid and his cronies. Win or lose, Sharron Angle is a hero.

Marco Rubio: The son of immigrants who fled Cuba after the leftist dictator Castro took over, Rubio is a huge threat to Uncle Bandito. It is Rubio who bravely demonstrated that not all persons of color blindly follow along after Uncle Bandito begging for scraps from the master's table. Rubio also helped to expose traitors to the village. When Rubio challenged the Governor of Florida for the US Senate, Crist was exposed as one of Uncle Banditos men.

Christine O'Donnell: What a brave woman she is. She knew going into a fight with the Marxist tool in Delaware, Uncle Bandidos backyard, would be dangerous. Uncle Bandito and his thugs pulled out all the stops to ruin her, they lied, they spread lies, they unleashed the rabid dogs of Uncle Banditos media machine to try and drive her out of the fight. Christine O'Donnell may end up a casualty of the brutal tactics of Uncle Bandito, but she will forever stand as an example of faith, hope and charity. Uncle Bandito, nor any of his ruthless and unscrupulous compadres could stand half of the scrutiny that O'Donnell has endured. Win or lose, Christine is a warrior, and she'll continue to fight for Uncle Sam and the Constitution.

Glenn Beck: No one stands in the crosshairs of Uncle Banditos bazooka justice like Glenn Back. Beck bravely, and carefully has exposed the radicals, Marxists, and Communists that surround Uncle Bandito. Beck also laid open to plain view the vast money laundering operations of Uncle Bandito. Of course, this irritated Banditos friends, and they have spent untold millions to smear Beck. Yet, miraculously, many of those poor souls who had once followed the lies of Uncle Bandito, have found, through Glenn Beck, reason and sanity.

Sarah Palin: Not enough can be said about the contributions of this small warrior. Uncle Banditos mass army of lawyer dogs, and political operatives threw everything they had a Sarah Palin. Yet, with charm and grace, (of which the forces of Uncle Bandito have none) she continues to fight, and much to the lefts chagrin, she is effective. They went after her family, and still she stands. Why is Sarah Palin so feared by Uncle Bandito? Because she is a true example of womanhood, and that scares the hell out of the left. Sarah Palin is just getting started. And just like the left did everything they could to destroy Reagan, (a true believer in Uncle Sam) it only made him stronger. The truth is, Sarah Palin can destroy the lies of Uncle Bandito, and Bandito and his ruffians know it.

Rush Limbaugh: It was Rush who warned the village of the true intentions of Uncle Bandito when the left ran Uncle Sam out of town. Even after his warnings were ignored, and Bandito came to power, Rush Limbaugh stood firmly in the truth, and in defense of true America. It was Rush Limbaugh, a merely thirty days after Uncle Bandito was immaculated, who stood in front of other conservatives and encouraged them to fight. It was Rush who pointed out that Uncle Banditos inherent bent for corruption and power would be their undoing. It was Rush that sounded the alarm that America would not go quietly into Socialism and Marxism, and encouraged others to press on with truth and honor. America owes a great deal to Rush Limbaugh as he has been our "Radio Free America".

No matter how great or small a victory we see next Tuesday, we must remember that this is only a beginning. Uncle Bandito and his nest of snakes have had their way for decades, so there is much work to do. However, with all large tasks, once the work begins, and progress, even small progress, begins, true faith, true hope, and true charity will prevail.

God Bless You as you vote next week. Help bring back Uncle Sam.

More from this blogger · Sam Eldridge
Comments
View 20 comments
Note: The nature of the Internet makes it impractical for our staff to review every comment. Please note that those who post comments on this website may do so using a screen name, which may or may not reflect a website user's actual name. Readers should be careful not to assign comments to real people who may have names similar to screen names. Refrain from obscenity in your comments, and to keep discussions civil, don't say anything in a way your grandmother would be ashamed to read.
Respond to this blog