Amnesty and The Doobie Jones, Revisited 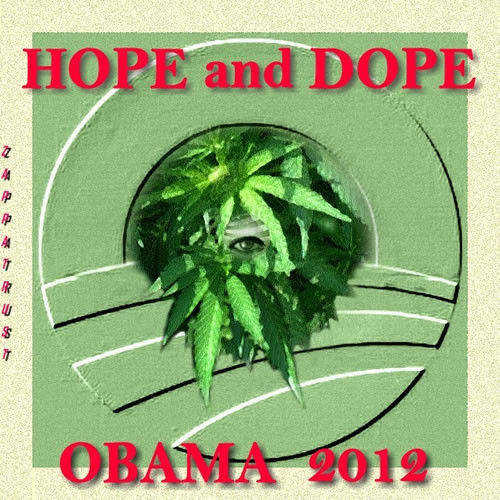 California Democrats have decided to push through plan to bring out young Democrat voters in 2012 with the enticing proposition of pot legalization. There are also a number of Democrat initiatives to promote Hispanic voting in the name of Immigration.

There are two areas in which conservatives need to face facts, and if we do, we can disarm liberals in two crucial areas, that being immigration and pot legalization.

Now hear me out please.

First, pot legalization. Haven't you often wondered why those on the left are so angry? This manifestation of hostility towards everything American stems from the fact that we took away their herb, their stone of choice, marijuana.

Just give the left its pot back. We'll all be better off for it. Imagine the throngs of hippie dippy Marxists former anti war protestors finally chilling out. They'd smoke a doobie, listen to some Pink Floyd, and stop writing books denouncing America and Capitalism. They'd mellow out and not hurt anybody. They may even begin to let free speech and freedom of thought back in colleges!

It's a brave new world.

We really are going to have our hands full correcting the liberal tyranny. A stoned lib is a happy lib. The libs will stop protesting McDonald's and start eating there when they get the munchies. Give the Hollywood left back their smoke, and they will stay at home, watch their own movies, and leave us the hell alone.

Give the libs back their refer and they will not run out and hug trees, they'll stay at home and watch Glee or Oprah. Who wants to go protest when you got a good buzz going, right?

Some of you may think this is silly but think of the tax income benefits. California is staggering under the weight of runaway liberalism, and they need some cash jack! Marijuana could easily be California's number two cash crop.

This tiny step could end the libs intensity to punish us with environmental nonsense, and stop them from forcing a bunch of touchy-feeling stuff on us that ends up costing untold billions.

After all, don't conservatives believe that people should be able to govern themselves, and be in charge of their own lives? Isn't that what we say when we confront government intrusion into our lives?

I am confident that liberals would be much more inclined to just mellow out and chill, and they'd stop trying to be the world's evil Den Mother. Let them enjoy their beloved herb without any hassle from the government.

Since the liberals have just about destroyed America's manufacturing industry, we could develop a huge pot industry. Transport pot to the libs and America haters all around the world.

Who knows? Maybe even the Muslims would mellow out and smoke a few hooters and leave the rest of the world alone. After all it is hard to smoke a joint and then run out and commit a violent act.

And then there is immigration.

Quickly stated here, we conservatives need to face facts. We have illegals out the wazoo. You are flat kidding yourself if you think you are going to round up 25 million illegals (or more) and make them pay some price for citizenship, or deport them. It is never going to happen, and the sooner we realize it, the better it will be for us to make the most of a bad situation.

Democrats take the Hispanic vote for granted, much as they do the black vote. I think the average Hispanic has values more in line with conservatives than liberals. Once this problem of illegals is settled, the Democrats will no longer have their racial leverage. You know how much libs love to play racial politics.

I know amnesty sucks, but you know the politicians and lawyers are going to drag this out for years and years, it will end up costing us billions and billions we don't have.

If we give the libs their pot back, and deal with the immigration issues, I think we will find that Hispanics are truly conservative voters. With millions of libs, now happily enjoying their herb, they will leave us be, and we can all get back to work. We can begin to fix the damage the left has left us.

These two concessions will be well worth it.

More from this blogger · Sam Eldridge
Comments
View 22 comments
Note: The nature of the Internet makes it impractical for our staff to review every comment. Please note that those who post comments on this website may do so using a screen name, which may or may not reflect a website user's actual name. Readers should be careful not to assign comments to real people who may have names similar to screen names. Refrain from obscenity in your comments, and to keep discussions civil, don't say anything in a way your grandmother would be ashamed to read.
Respond to this blog