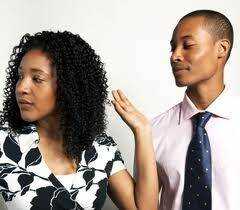 Recently, sexy Mexican sports reporter, Inez Sainz, made allegations that she was harassed by the New York Jets football team.

Apparently, Inez didn't realize that she had been harassed until another female reporter "observed" the harassment, and reported it to the Association of Women in Sports Media, who were immediately offended, and made their offense known to the NFL.

It looks like some sensitivity training will be forthcoming for the Jet players. I wonder what that will be like? Do you show them pictures of swimsuit models and then give them an electrical shock?

Ladies, all this is a distraction.

I need to talk to you ladies about bad boyfriends. Almost every woman can relate to a bad boyfriend if you have reached the age of thirty.

For years, liberal politicians have behaved like bad boyfriends when it comes to dealing with women.

If you'll remember, once you began to resist, once you challenged a lie, or demanded respectable behavior, or refused to pay the bills, what happened? They didn't love you any more.

This is all too evident in the world of politics.

Ladies, take note of what happens when women say "no" to the liberal Democrats.

They libs attack them.

Once you reject them, what does the bad boyfriend do? He runs out and blames you, doesn't he? He tells anyone that will listen that it was all your fault.

In a year that so many women have come forward to run for high office, you would think that liberals would support these brave women.

A few years ago, remember back ladies, when Rick Lazio and Hillary Clinton were in a debate in a Senate race in New York. During the debate, Lazio walked over to Mrs. Clinton and asked her to sign a pledge holding spending. The left was outraged. They complained that this was unacceptable behavior.

Ladies, please take an honest look at how women conservatives are being personally smeared, and lied about. I think you should be appalled at the double standard.

Regardless of your political persuasion. Could a woman Senator get away with sex with an intern? (Well, I guess she could if she was a Lesbian) But other than that?

Women that oppose the Obama agenda are made out to be crazy or extreme.

Remember that bad boyfriend who told everybody you were crazy?

This year 201 conservative women are running for the US Senate, US House, and Statewide offices, more than any other year. Ladies like Carly Fiorina, Sharon Angle, Meg Whitman, Nicki Haley and Linda McMahon.

All of these women have had to endure personal attacks.

Listen to this from Denise McNamera at Red State, "If you are a conservative woman who has the audacity to seek public office, be warned. You will be held to a higher standard than your male counterparts. You will ridiculed by both Republicans and Democrats. You will scrutinized by the media to an extent usually reserved for celebrities who are being stalked by the paparazzi. Case in point: the journalist who actually moved to Alaska and rented the house next door to Governor Sarah Palin last summer."

"The intellectual elite paint them as crazy..."

Ladies, I'd like to suggest that government, especially government run by liberals, may not necessarily be your friends.

There was a time not too long ago where one income in a family was needed, and now two incomes barely make it.

What changed? Government changed. They demand more and more and give less and less. Just like a bad boyfriend.

Women are not the dummies these libs think they are. One day, you open your eyes and realize that the bad boyfriend is using you, and making a fool out of you. You make the tough decisions, and you move on.

Conservative women are not crazy. Abortion is not the most important thing in their lives. They have families, they have dreams, they don't hate men, they love God and they work hard. They want smaller government and less taxes, and more freedom and personal responsibility.

These are not crazy ideas.

Good luck ladies. It is not easy to deal with a bad boyfriend. One thing for sure, you'll feel much better, and be much better off, once you get rid of the deadbeat libs.

More from this blogger · Sam Eldridge
Comments
View 11 comments
Note: The nature of the Internet makes it impractical for our staff to review every comment. Please note that those who post comments on this website may do so using a screen name, which may or may not reflect a website user's actual name. Readers should be careful not to assign comments to real people who may have names similar to screen names. Refrain from obscenity in your comments, and to keep discussions civil, don't say anything in a way your grandmother would be ashamed to read.
Respond to this blog