A Matter of Tea 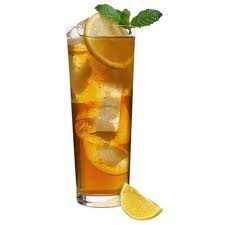 Scouting the pundits on the right side of the political spectrum, I still find many conservatives at a loss to explain the sudden and enthusiastic liberal support for Islam since 9/11.

The Muslim cheerleaders in the press brings state run media 'credibility' in to question, because under sharia law, these leftists would be the first to be eliminated.

The leftist zeal for anything that will harm America is not hard to explain at all. It is very easy to understand...it's just a matter of tea.

Water is able to accomplish many different outcomes. You mix tea with water, and a transformation takes place. The water takes the tea, and being water, it highlights and brings forth the quality of the tea. So much in fact; that we no longer call the drink "water" or even "tea water", we call it tea.

That same water can take arsenic, and promote its agenda, and if you drink it, you die.

I have long maintained that there is no such thing as an atheist. I believe the Bible when it proclaims that every man has been given "the measure of faith."

There are only those in rebellion, and those that are not. No need for long and expenses studies in which the over-educated try and lie to each other. The Truth is the Truth.

The Constitution of the United States was inspired by God. Dr. Martin Luther King praised this country, even in the midst of his battle.

Let me quote Dr. King from his address to the 1st Montgomery Improvement Association at the Holt Street Baptist Church. "I want it known throughout Montgomery and throughout this nation that we are Christian people. We follow the Christian religion. We believe in the teachings of Jesus."

Also, "And certainly, certainly, this is the glory of America, with all of its faults."

Since the Constitution was inspired written and put into practice by men of faith, black and white, naturally, those in rebellion, must oppose it.

I have also heard over the years from the left when attacking what they know inside to be true, "How can a loving God send people to hell?"

The truth is that many choose to be separated from God in their rebellion, and choose hell and arrogance over truth and forgiveness.

That is why those on the left, under the control of the arsenic of liberalism, will oppose anything that glorifies God Almighty.

Why be surprised at libs schools in New York, who preach to our kids in public schools with perverted history trying to glorify Islam? And by being the rebels against God that they are, by nature, by nature of the liberal poison, they slam Christianity.

Let me point to the Apostle Paul once again.

Under control of the poison, Paul (then Saul), went throughout the countryside persecuting Christians. Saul worked hard, night and day, traveling all over, and making personal sacrifices, to hunt followers of Christ.

Paul worked just as hard, and he traveled and sacrificed for the Faith.

A matter of tea.

And let us not get to puffed up here. We were all in rebellion against God at one time or another.

At least you know the "why" of it.

More from this blogger · Sam Eldridge
Comments
View 33 comments
Note: The nature of the Internet makes it impractical for our staff to review every comment. Please note that those who post comments on this website may do so using a screen name, which may or may not reflect a website user's actual name. Readers should be careful not to assign comments to real people who may have names similar to screen names. Refrain from obscenity in your comments, and to keep discussions civil, don't say anything in a way your grandmother would be ashamed to read.
Respond to this blog