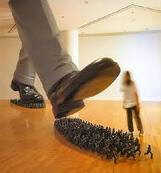 The leftists in California have unveiled yet another monument to liberal insanity with a new public school with a whooping price tag of nearly $600 million dollars.

I try and understand, I really do, but how do you explain such unnecessary extravagance in a state that is going broke, in a state that has laid off more than 3000 teachers in the past two years?

Why California? Why do you need to build a palace to teach children to read?

The new Robert F. Kennedy Community School has lots of goodies. It has fine art murals and displays, a manicured 10 acre park, a state of the art swimming pool, a dance studio with cushioned maple floors, and restaurant quality pizza ovens.

Listen to this from Joe Agron, editor-in-chief of American School & University, a school construction journal. "There is no more of the old, windowless cinder block schools of the 70's where kids felt, 'Oh, back to jail,'. Districts want a showpiece for the community, a really impressive environment for learning."

This is what is passing for enlightened thought nowadays. People devoid of any sense of the money they waste. Oh you poor folks, all the way back to the "70's" had to endure such hell in your schools didn't you? No maple dance floors for you? Now you know how deprived you were.

I hope you like this school folks, and others like it. You'll soon be paying for it, more correctly stated; your grandkids will be paying for this idiocy.

California doesn't have any money. They have run off many of the most productive taxpayers from the state with their weird version of Obamanomics on steroids. California public employee unions, and wild and reckless spending by the liberals that run California have state teetering on the verge of bankruptcy.

That's okay. You'll bail them out, won't you?

This isn't the only high dollar school that liberals have been building with hard earned taxpayer money. In 2008, LA opened the $377 Million dollar Edward Roybal Learning Center, and the $232 million dollar Visual and Performing Arts High School in 2009.

You can afford it. You are the taxpayer. You never run out of money. You can always find money to fund liberal fantasies and leftist dreams.

After all, as AP's alledged reporter, Christina Hoag, 'reported', "Some experts say it's not all flourish and that children learn better in more pleasant surroundings."

Ultimately, responsible states like Texas, Nebraska and Utah will be robbed to pay for this foolishness.

Keep in mind, this is one of the poorest "producing" school districts in the United States. Less than half the kids graduate. Remember, to the modern day liberal, big city schools have more to do with union greed than they do with education.

Here is a link to view some photos of what your grandkids will be paying for: