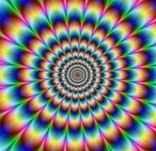 As a junkie spirals out of control, a notion usually crops up in what is left of his brain, the flash in his mind that says - 'what the hell, I've already done so much damage, trodden so far down the forbidden path, that I may as well go out with a bang'.

Ah, I must be nice. Nice to those who pedal big government like a drug dealer peddles his evils. Promise after promise made by the dealer, if you'll only give in, and take the big government drug.

The big government junkie sells his freedom, his thoughts, and perhaps even his soul.

"Just take my big government drug," the government dealer says with a smile, "I'll take care of you."

And you soon realize that your buddy, your dealer government man, is the only way you can buy a house, or get a loan, or go to college. He owns you now. What has happened to you? What are you going to do to free yourself from this addiction?

When you get older and get sick, you can trust the government dealer man to come through with that operation. You'll never be told it's too expensive or that your told old.

Our government dealer man is better than that! Although, some of us may be chosen to participate in 'voluntary dismissal'. No big deal. You'll love it! You'll get to spend time with that God guy you are always talkin' about.