Cuddle Up and The Bare Facts 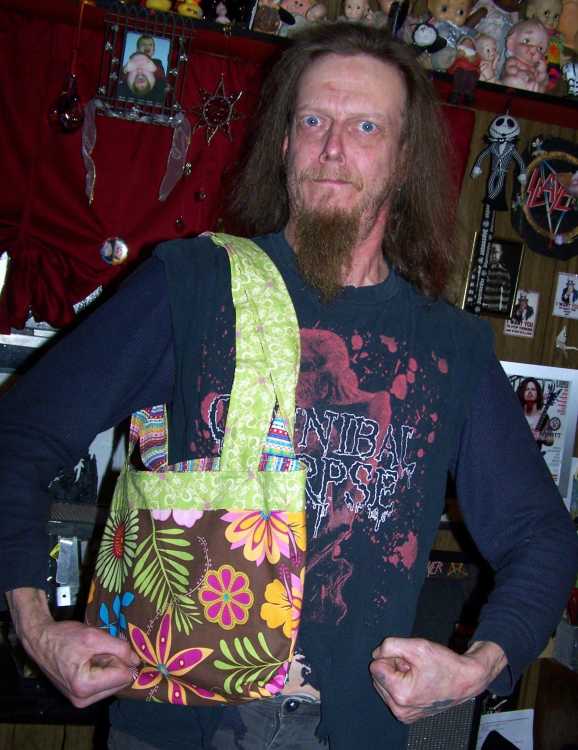 Cuddle up! If men haven't already been feminized enough to suit you, news from the UK should cheer you up. Scientists may be able to deliver the ultimate in sensative manhood.

Yes indeed ladies, a dream come true. A simple nasal spray will now turn your man into a cuddle bunny.

The good news, (or is it?) for women is a spray, "Just a puff or two of the so-called 'cuddle chemical' and even the most macho of males is as a sensative as a woman."

I guess the Cambridge and German scientists have nothing better to work on then the world wide problem of male insensitivity.

"The findings raises the tantalising possibility that women could use the oxytocin sprays to help macho boyfriends get in touch with their feminine side."

Oh be still my emotional heart!

"Chauvinists could be turned into sensative souls happy to watch weepy films and critique outfits on shopping trips."

Guys, if your woman suddenly suggest you try a new health spray or something similar, be careful, or you could be on your way to a long shopping trip for clothes, and carrying a purse, (you know the "European shoulder bag".)

You can't make this stuff up.

In Boulder Colorado a fifty-two year old woman apparently now has a "right" to garden in her yard topless, at her taxpayer subsidized housing.

"Catharine Pierce, 52, caused a stir last month when she tended to her garden down the street from a school and in front a a busy road wearing only a yellow thong and pink gloves."

The Boulder Housing Partners (taxpayers) "previously threatened to evict the couple becuase of their nudist ways" and because "Robert and Catharine Pierce have caused neighbors and passers-by to complain and call police about their nearly naked bodies."

Other articles in the Daily Camera confirm that this subsidized housing is indeed located down from a school, in a neighborhood with lots of children, and across the street from a park.

Some neighbors have threatened to move. ,

Perhaps if this goofy couple in their fifties worked harder, and ran around with no clothes on less, they could afford their own housing, with a tall fence, and get naked outside all they want.

The offended neighbors are handling this all wrong. What they need to do is this - drag out lots of lawn chairs and set them up for an audience to watch the free-spirited little nudist as she gardens in her thong and pink gloves.

Have ice-tea and lemonade ready.

Some neighbors have said there are teenage boys in the neighborhood - well super duper! Since there is a park just across the street, there would be plenty of room for young men and boys to sit and watch Mrs Pierce and she works away.

They may even learn a little bit about gardening.

If you click onto the article at the Boulder Daily Camera, you'll see this brave couple's picture with tape over their mouths.

You have to understand how nutty liberals think.

Here is a couple, enjoying the benefits of generous taxpayers, in a nice home, across from a park, close to schools, but they consider themselves as victims.

Not too long ago, a dozen or so women in Portland, Maine decided to take off their tops and parade downtown to demand that women be able to be topless like men.

They got attention, a lot of attention. Then some of these topless wonders got mad that men were gawking at their breasts. Well ladies, I got to tell you, speaking as just another guy, if you got them out, we are gonna look at 'em. Got it!

If you gals want to round around topless, go ahead. But men are going to look. The problem with nudists is this simple truth. Most often, the folks that want to parade around in the buff, are the last folks you want to see nude.