A Stroke Of Leftist Genius 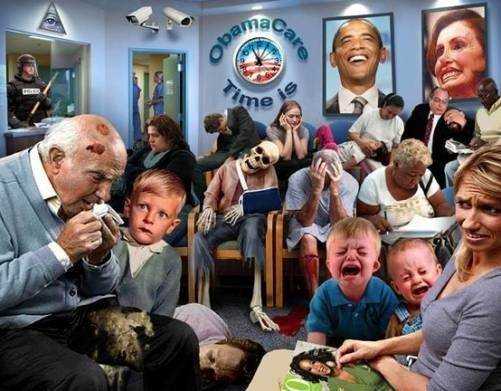 J.R. Dunn summed up Democrats nicely in "Obama's List" online at the American Thinker, "Obama is an example of that peculiar American contribution to the long line of political deviancy: the romantic leftist, a combination of undergrad Marxism, New Deal activism, Great Society idealism, and late 60's dementia."

This was an interesting article, you may want to read it:

Where are all the jobs at comrades? We were promised no more than 8% percent unemployment if we'd give the Democrats a massive slush/stimulus fund. Where are those jobs at comrade leftists? We have had supplemental jobs money, billions and billions, and yet, no jobs.

Well, I guess there are the more than 16,000 IRS enforcers that will be hired - to spruce up the economy I guess. Nice thinking there. Do you learn that kind fantasy thinking at Harvard?

Actually, I want you liberal comrades to step right up and live the liberal dream. Really I do. Go out tomorrow and buy a Chevy. Buy two of them, get as much on credit as you can.

You comrades get right down to the doctor and just have every little thing checked out. Take every test, have every x-ray, you now have a right to health care. Take the kids to the doctor for every sniffle, sore throat, skinned knee and earache.

Health care is a right. I will watch with anticipation for my health insurance premiums to go down $2400. That is what was promised, was it not, by the President himself? I called my Blue Cross lady, and funny thing, she didn't know anything about my premiums going down $2400. She must not have gotten the memo from the administration.

Snap to it Blue Cross! The President has spoken.

A stroke of leftist genius.

Why don't the Democrats solve unemployment the way they dealt with health care?

Simply pass a law requiring everyone to get a job. Ah...why didn't we think of that? Ah, yes, you have 18 months to comply. If you fail to get a job in that time, the IRS will contact you and explain that you will be fined, no tax refunds for you, no earned income credit for you, until you get a job. Ah baby! That would give us a chance to hire another 16,000 IRS enforcers.

Problem solved. Get a job! Obama has spoken!

You leftists have made promises out the wazoo. You have promised everything to everybody. And yet you wannabe commies will be the first to cry and whine when government fails to deliver.

Be a good liberal now. Spend, buy lots of stuff and get many things. Consume, and borrow money. If you get into trouble, the government will bail you out. Believe it - live it liberals.

I find it interesting that we have record numbers of "the poor" on food stamps, and we have an obesity problem. So, what are we to conclude? How can this be? Are the "rich" out there forcing food on the poor to make them obese?

Don't try and make sense of it, it's just liberalism.

More from this blogger · Sam Eldridge
Comments
View 35 comments
Note: The nature of the Internet makes it impractical for our staff to review every comment. Please note that those who post comments on this website may do so using a screen name, which may or may not reflect a website user's actual name. Readers should be careful not to assign comments to real people who may have names similar to screen names. Refrain from obscenity in your comments, and to keep discussions civil, don't say anything in a way your grandmother would be ashamed to read.
Respond to this blog