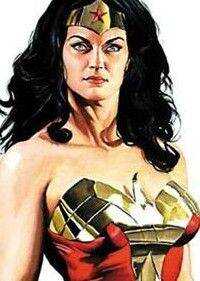 In light of recent stories regarding Tiger Woods and a study from the UK showing that half of men admit to looking at a woman's chest before looking at her face, I'd like to tell you a true story about a woman I'll call RoboBabe.

Years ago I worked for a large quasi-government agency-corporation, and enjoyed working with 150 people on the sixth floor of our office building in Downtown Denver.

One employee stood out from all others. Everyone knew her name, RoboBabe. And she was. For whatever reasons, and however it happens, all of RoboBabe's parts got put together just right. She was a stunner to say the least.

She was so outstanding in fact that she turned heads wherever she went. RoboBabe was also one of the nicest people any of us had ever met. Outgoing, always smiling, and she had a secret weapon, she was brilliant. She was genuinely kind to everyone.

RoboBabe did not bother to really try and hide her assets. She dressed to the hilt, everyday, and seemed to enjoy the attention she got.

One day, two guys in our section got called down to The Big Nurse (ie: Nurse Ratchet) in Human Resources. I and another supervisor were asked to join the meeting. The Big Nurse sat sternly at her desk, and she informed us that possible sexual harassment charges were looming. It took us ten minutes of wrangling, but Big Nurse finally told us that a couple of other women in the department, did not like the way these two men stared at RoboBabe.

Well, all of us started to explain at once that it was impossible not to look at RoboBabe. As the conversation heated up, and as if on cue, RoboBabe opens the door and walks into the fray. (She was stunning as I recall) She had heard the scuttlebutt, and was not too happy.

"Am I to blame for all this nonsense?"

The Big Nurse tries to explain, but RoboBabe is having none of it. "I have not been harassed ever by anyone here at work."

"Why do you dress so provocatively?" The Big Nurse asked, kinda smug like.

We all started laughing, even the Big Nurse, and the meeting quickly over. We noticed over the next several days and weeks that RoboBabe, took in down a notch in the flamboyance department, but she was still RoboBabe. When asked why she was toning it down, she replied, "I thought I'd give the guys a break."

Last I heard, RoboBabe married a guy that looks likes Fabio, has kids and is a successful CEO.

This brings me to Tiger Woods. I don't want to get long winded on this, so keep up with me.

Tiger has been told all his life that he was special. He was a prodigy, I have been hearing about this kid since was seven or eight. We may want to examine society a bit, because what does this prodigy do? By golly he hits a small white ball with different kinds of sticks in fancy lawns all over the world. And he hits these balls better than anyone ever has. There was a time, when only rich white guys could hit these balls with sticks in the grass, but Tiger showed that anyone, any race, any religion could do it.

We Americans really love guys that can hit the little white balls on fancy lawns, so we heaped tons of cash and accolades upon this young fella. Everyone he meets tells him he is a legend, and hero to many, and an inspiration.

I have made mistakes in my life my friends, stupid, ridiculous mistakes, and I was able to do it without hundreds of millions of dollars, and the praise of everyone my whole life.

I am having a hard time understanding why it is any of our business. Who the hell are we to have intimate details of Tiger's sex life? The headline in the Drudge Report was "TIGER SAYS SORRY TO THE UNIVERSE."

Why does Tiger owe anyone an apology other than the people in Tiger's life? Some sponsors may try and say they are affected, but do any of us really believe that corporate sponsors, investing millions in to this young man, did not fully vet the guy. My hunch is that some of these sponsors my have helped Tiger with his indulgences to get from Tiger what they needed. Anyone doubt that the sports media may have had a clue, but they valued an interview, so they look the other way.

I don't think it is any of our business what Tiger did, when he did it or why. He owes me no apology, and we should just leave him alone.

I would have liked Tiger to get up and say, "regarding my family and my relationships, well, it's none of your BLEEP business. Mind your own families, and leave me alone."

And finally, I must say to you one and all, with a great degree of certainty, that men like boobs. I hope that wasn't to much of a shock for you, but it's true. Here is a study that proves it.

Apparently, someone in England must have doubted that men like boobs, and thus a study was needed, and yup, we still like 'em. Comedian Ron White said it best, "Back me up on this fellas, if we seen one woman naked, we want to see them all naked."

I could get Biblical if you want. The Bible says, "let her breasts satisfy thee always." Thank You Lord! Like I needed encouragement.

If you want the evolutionary argument for breasts, I can give you that one. If women's breasts were not needed after childbirth, why did not nature evolve to where boobs would disappear or fall off?

We men need women's' breasts. We like them. Why we should act like it is not true? The study above says that fifty percent of men say they check out the woman's' chest first, then her face. When I heard that, I thought immediately that the other fifty percent were lying dogs.

And it fairly obvious that we like all women's breasts. Big or small - whatever color or shape, we like 'em. I don't think we need anymore studies.

Of course now, the first thing I noticed about my wife, was her smile.