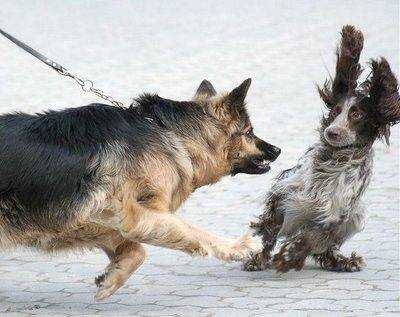 Several years ago, as a young family man, and young businessman, I recall a day in which I was very lucky. Having already put in a long day, I decided to go ahead a drive to another town for a business meeting I had the following morning.

I was not really aware that I was tired, and as I climbed out of Newcastle WY towards Sundance WY, I dialed up NPR on my radio, and looking forward to a scenic drive in the western Black Hills.

The next thing I remember, I was startled by a rough ride and the car shaking. I had fallen asleep, and so quickly was I off the road. I struggled to bring the car to a stop. Once the confusion was over, and I was awake, I saw that I had stopped about twenty feet from the edge of a small cliff. A few more seconds, and I would have been over the cliff, and dead.

I don't care what you call it, luck, God or providence, that specific place I left the road, was nearly the only place a person could leave the road on that 28 mile stretch of climbs, turns and twists, and not get killed. The incident shook me up.

I took this warning seriously, and worked to make sure it would never happen again. I had a large young family, and people were counting on me. I never play games with being tired behind the wheel. I take alert driving seriously, and I can tell you that I have driven over two million miles since that close call in Wyoming, without incident.

After the speech we heard from President Obama the other night, I got that feeling, down inside, on just how much of a CLOSE CALL this country just had with Barack Obama and the radical progressives.

I don't think we realize just how close our Republic came to being destroyed by this bunch. Oh, they have still done tremendous damage, and that damage will have to be repaired. It will be painful, but, for the first time since the insanity with Obama and the progressives began, I think our country may survive this.

I am not talking about Democrats and Republicans here, I am talking about life, and freedom, and liberty, and prosperity. All were targeted by the progressives, in both parties, but Glory Hallelujah, the American people are seeing the light.

In fact my friends, I am thinking about becoming a Democrat, because frankly, I don't see all that much difference in the parties. One party wants Socialism out the wazoo, and the other party thinks they can give us Socialism light, or friendly Socialism. At least as a Democrat, maybe I can reason with folks who suffer from indoctrination.

In the end, it will be brave Democrats that will stop Obama and his narcissistic insanity, not Republicans. It has been Democrat states, New Jersey, Massachusetts and Virginia which have stood in opposition to this progressive coup.

Hey folks. You listen up! We had a very close call. Because we acted stupidly, we put our country at risk. We put the lives and fortunes of our children at risk for our little foray into the progressive world. We need to learn from this.

How many more times will we be seduced by the smooth lying tongues of the libs/progressives? C'mon! Wise up already.

It should be fairly simple. Liberal and progressive politicians who promise you everything, when given power, will take everything you have.

We can learn from our close call, but more than that, we must learn.

More from this blogger · Sam Eldridge
Comments
View 70 comments
Note: The nature of the Internet makes it impractical for our staff to review every comment. Please note that those who post comments on this website may do so using a screen name, which may or may not reflect a website user's actual name. Readers should be careful not to assign comments to real people who may have names similar to screen names. Refrain from obscenity in your comments, and to keep discussions civil, don't say anything in a way your grandmother would be ashamed to read.
Respond to this blog