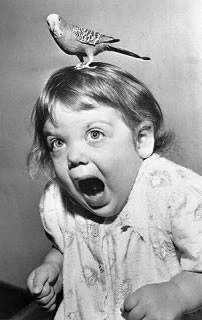 The State of Nebraska state tax receipts are already $93.2 million below the vision of the Nebraska Legislature. Septembers' "loss" of state tax revenues are expected to be $40 million less than "expected".

Then we come to this statement: "The impact could trickle down to local school districts, a key lawmaker said."

I go all the way back to June 29th of this year, when U.S. Senator Ben Nelson (D-NE) was glowing about his vote for the Democrat Party Slush Fund, aka "The Stimulus", becuase Nebraska State Schools were going to get $47.8 million of this "stimulus".

Barely ninety days after Senator Nelson excuses his vote for the slush fund/stimulus, we already have cries emerging that we may have education cuts on the horizon.

This may be a teachable moment for Senator Ben Nelson. Yes, Senator Nelson, you were rewarded for your horrid vote for the slush fund/stimulus with money for the schools, however...your vote has caused the economy to worsen, and when government steals industry and resources, guess what? Government revenues go down. Didn't those Marxist professors in college teach you anything?

President Reagan proved that cutting taxes and regulations increases tax receipts, and oh by the way, tax cuts stimulate the economy. Folks, regardless of what over-educated liberal intellectuals try and tell you, "we the people" WILL produce, and produce in a big way...if the Government will simply get off our backs, and live within its means.

The Obama Administration called the truly repugnant Economic Recovery Plan a stimulus, when in fact, the administration took drastic and harsh steps to immediately injure and permanently damage the American economy.

Now the States will begin to feel some real pain.

In Nebraska, we are fortunate. We spend a little over $3k per year, per child, for education k-12. Considering the runaway education unions in the liberal States, we are doing great. In the liberal dominated big cities, the costs rise to upwards of $10k per child, or more.

President Obama and the Democrat Party, took (stole) money from future generations. They borrowed money from Communists. Sen. Nelson voted for this Socialism, and brought home $47.8 million for the schools. The shortfall in Nebraska State revenues for September alone was $40 million. Robbing Peter to pay Paul.

The better solution would have been for President Obama and the Democrats to cut spending, cut taxes, and cut regulations. Freedom and Liberty would have produced economic activity, and Nebraska would have got the $47.8 easily through tax revenues.

So simple, yet brainiacs like our President are far more interested in installing a long term political death grip on the country. True economic growth does not even occur to him. In the leftist mind, the State will end up owning everything eventually, so what does it matter?

More from this blogger · Sam Eldridge
Comments
View 23 comments
Note: The nature of the Internet makes it impractical for our staff to review every comment. Please note that those who post comments on this website may do so using a screen name, which may or may not reflect a website user's actual name. Readers should be careful not to assign comments to real people who may have names similar to screen names. Refrain from obscenity in your comments, and to keep discussions civil, don't say anything in a way your grandmother would be ashamed to read.
Respond to this blog